Bobcat captures on game camera in Will County nature preserve

A big cat is causing some excitement in suburban Will County.

CHICAGO - A big cat is causing some excitement in suburban Will County.

A male bobcat was caught on a game camera at the Sand Ridge Savanna Nature Preserve earlier this month.

The Will County Forest Preserves say the bobcat might be the father of a group of kittens seen with their mother in September.

"The bobcat was caught on my game camera walking alone along a game trail," said Becky Blankenship, the Forest Preserve’s wildlife biologist. "My camera caught three pictures. I can’t tell if this individual is one from the Kankakee Sands photos. 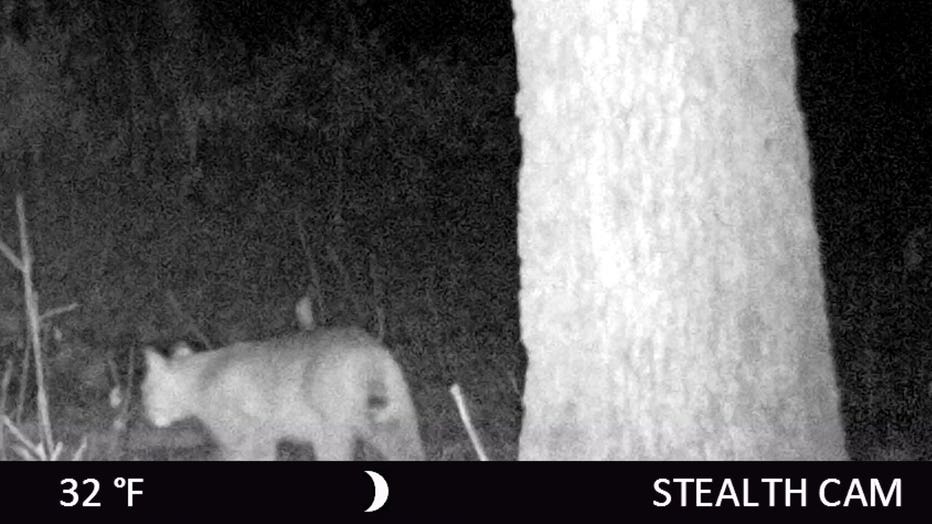 Another bobcat has been photographed by a game camera in a Will County forest preserve. Sand Ridge Savanna Nature Preserve is the fifth preserve in the District where bobcats have been documented. (Forest Preserve District of Will County game camera photo)

It's extremely rare to see bobcats in the area, much less two of them within six months.

"Bobcats can have a wide variety of home range sizes, so that won’t help either," she added. "Logically, if last year's photos showed a mother with two kittens, there is a male out there somewhere too. I’d love to get more photos to help piece this wildlife story together."

Bobcats have also been recorded at Braidwood Dunes and Savanna Nature Preserve in Reed Township, Evans-Judge Preserve in Custer Township and Sugar Creek Preserve in Joliet.

For more information on the game cameras and bobcats in the Forest Preserve District, visit bit.ly/willcobobcats.