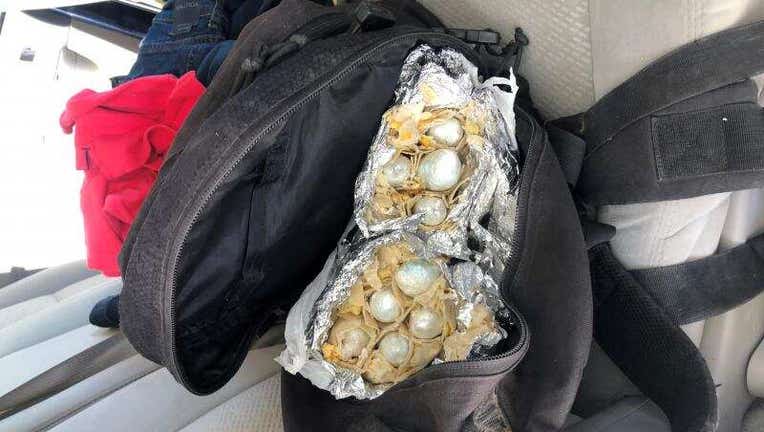 A Border Patrol canine on Monday sniffed out packages of fentanyl pills that had been hidden inside burritos at an immigration checkpoint in Arizona.

The canine alerted his handler to a 2007 Blue Chevrolet Tahoe at the Yuma Sector Patrol station in Yuma around 3:30 p.m., Customs and Border Protection (CBP) said in a press release.

The handler referred the male driver of the vehicle to the checkpoint’s secondary inspection where the canine alerted to a black backpack inside the vehicle.

Agents searched the backpack and discovered several small packages with fentanyl pills that had been stuffed inside breakfast burritos, CBP said. They also found two cellphones and $6,200.

The fentanyl packages had a combined weight of just over five pounds with an approximate street value of $60,000, according to the agency.

CBP said Drug Administration Enforcement (DEA) agents accepted the case. The narcotics, vehicle, and two cell phones were turned over to them.

The driver, identified by CBP as Adrian Salgado-Corona, was arrested. CBP told Fox News that Salgado-Corona is a 37-year-old Mexican national who is lawfully residing in the United States. It wasn’t immediately clear if had a lawyer who could speak on his behalf.