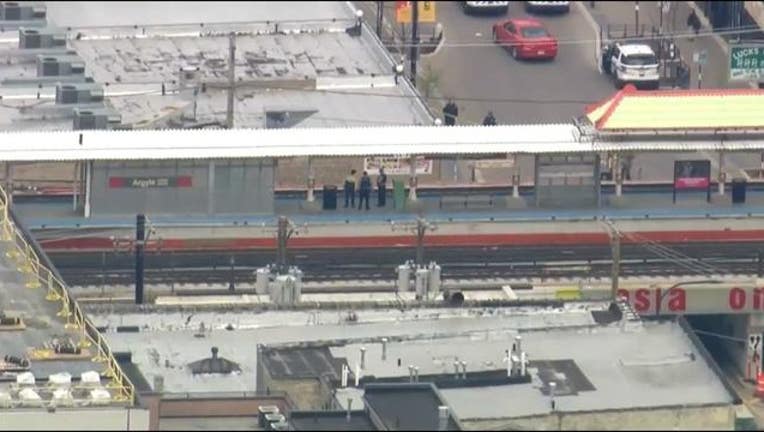 CHICAGO (Sun-Times Media Wire) - A 14-year-old boy accused of shooting two men on a Red Line platform last week in Uptown during the evening rush was ordered by a judge on Monday to remain in custody.

Although the boy was ordered to be released at a hearing Friday because police held him beyond the legal limit for minors, his mother never picked him up.

On Monday, the boy’s mother told Cook County Juvenile Division Judge Linda Pauel that she was hesitant to take custody of him because of concerns about a retaliatory attack against her son.

She told the judge she was worried that people might attack her son or herself. The judge considered the change of circumstance and ordered him to remain in custody.

Prosecutors on Monday explained that Chicago police believe retaliation was likely in the boy’s case. An assistant state’s attorney also argued that he was a flight risk, and that he had violated probation in a previous criminal case.

The boy allegedly shot two people May 6 on the platform of the Argyle stop on the Red Line.

He and another male allegedly entered the Argyle station about 4 p.m. and unleashed gunfire on two men, police said.

A 34-year-old was critically wounded by multiple gunshots, police said. He was struck in the back, abdomen, groin and buttocks. The other man, 41, was grazed by a bullet and declined medical attention. No bystanders were hit.

The boy was charged Thursday with two felony counts of attempted first-degree murder and aggravated battery with a firearm.

The next hearing in the boy’s case is scheduled for May 29.

Another person was questioned by police last week in connection to the shooting but was not charged.