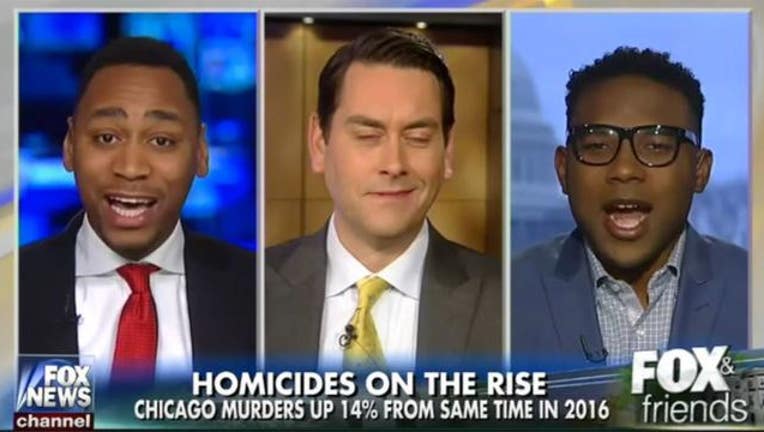 Fowler then comments that “I’m from Chicago – I work in Chicago, I’m in Chicago almost once a week”

South-side native Caldwell interrupts him with “Bruh – you’re from Evanston!”

The exchange has quickly gone viral, touching a nerve with many local Chicagoans who have the common pet peeve that if you’re from the suburbs, you should not claim you are from Chicago.