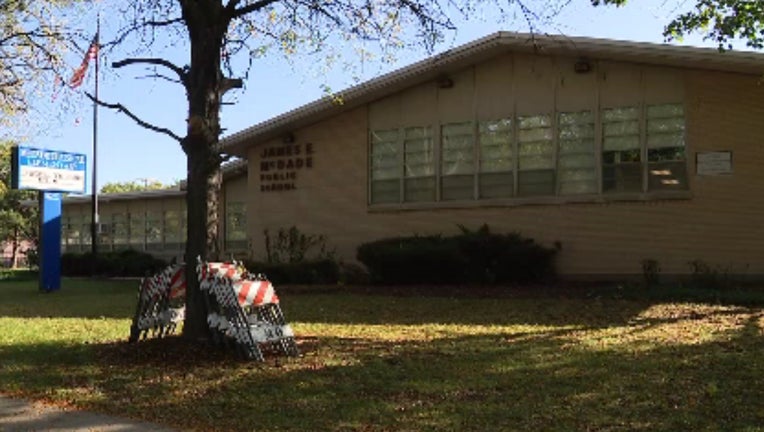 CHICAGO - Chicago Police said that a bullet from a drive-by shooting smashed into the window of an elementary school on Wednesday morning.

The shooting happened on South Indiana near 88th Street in the Chatham neighborhood around 8:30 a.m.

Police said that the drive-by shooter seems to have been aiming at an "unidentified male victim standing outside." That person was not injured and neither was anyone inside James E. McDade Classical School.

A 4-year-old was struck in a hit-and-run Tuesday night on Chicago’s North Side.