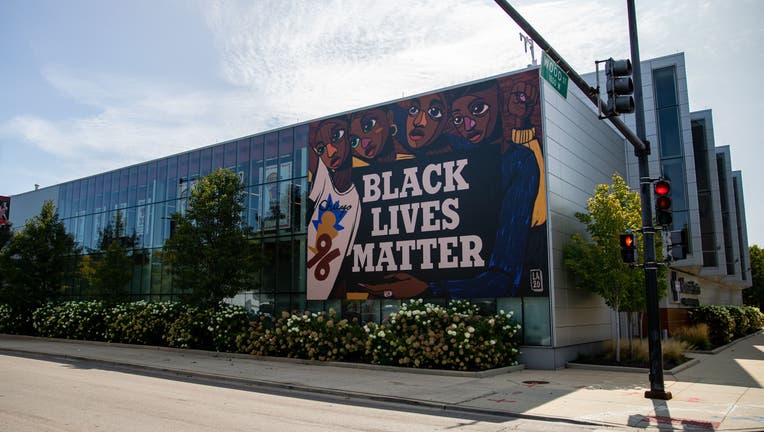 Black Lives Matter mural is showcased on the Advocate Center.

CHICAGO - The Chicago Bulls debuted a Black Lives Matter mural on the exterior of the Advocate Center on Thursday.

The mural is 33 feet by 24 feet, and hangs on the North side of the Advocate Center, which is at the corner of Madison and Wood Street.

A spokesperson with the Bulls says the team wanted to use their platform to share a message that is important to them.

The project was curated by All Star Press Chicago, a Bulls creative partner. The group then connected the team with Langston Allston, a painter and muralist who has strong ties to the Chicago area. The spokesperson says this is the first time Allson has designed a mural digitally from start to finish of this scale.

The mural consists of unique "Bulls touches" that commemorate the team's championship years.

Allston says the purpose of his work is to focus on representing people "compassionately and visually depictng a brighter future."