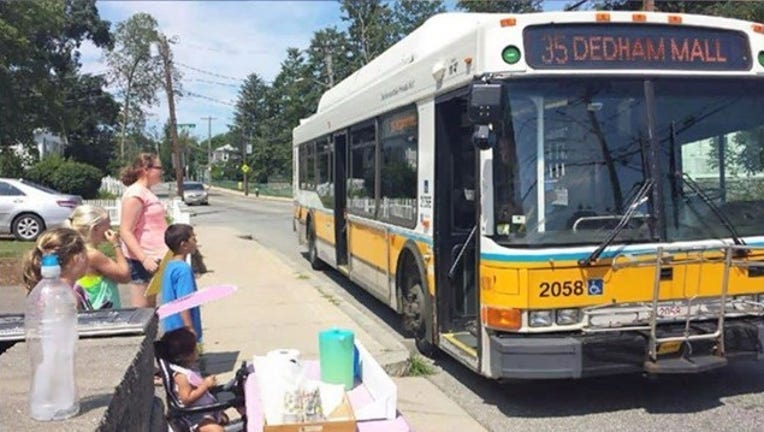 FOX News -- A Boston bus driver managed to put smiles on the faces of kids and adults.

John Lohan spotted a kids' lemonade stand along his route and decided to stop to buy cold lemonade for all of the people riding his bus.

On Fox and Friends today, Elisabeth Hasselbeck spoke with the veteran bus driver and the four kids operating the lemonade stand.

Lohan, who has been driving buses for 19 years with the Massachusetts Bay Transportation Authority, shared why he decided to stop the bus.

"There's something about lemonade stands," Lohan said. "My biggest thinking was we'd give the children a thrill and a story they could tell for the rest of their lives."

One of the kids operating the stand told Hasselbeck what she thought was happening when the bus stopped.

"I thought ... John was pulling over to let people out, but when he came up with his wallet, I think we all were very excited about it," Erin shared.