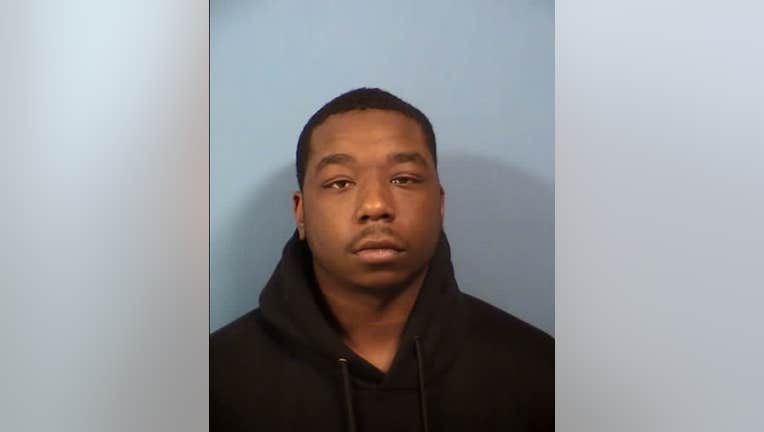 WHEATON, Ill. - Bond has been set at $250,000 for a Carol Stream man accused of firing a handgun at a vehicle occupied by his ex-girlfriend and another person Wednesday night.

Dejonte Parks, 25, has been charged with one count of aggravated discharge of a firearm and two counts of aggravated unlawful use of a weapon.

At about 9:11 p.m. Wednesday, Wheaton police officers responded to a call of shots fired in the 700 block of North Wheaton Avenue.

While investigating, police determined that the victims' vehicle was driving southbound on Schmale Road when Parks allegedly pulled up next to them and displayed a gun.

When the victims' vehicle was on Wheaton Avenue, police say Parks fired multiple rounds toward the vehicle, striking it once in the driver's side wheel well.

After the shooting, Parks allegedly fled the area.

Parks was taken into custody from his home on Thursday without incident.

"It is alleged that this defendant opened fire at an occupied vehicle in a residential neighborhood, striking the vehicle one time," said DuPage County State’s Attorney Robert Berlin. "This complete disregard for public safety will not be tolerated. Thankfully, no one was injured or worse, killed, by Mr. Parks' alleged actions. I commend the Wheaton Police Department for their efforts in identifying Mr. Parks as a suspect in this case for their continued efforts in keeping our neighborhoods safe."

Parks' next court appearance is scheduled for June 13.