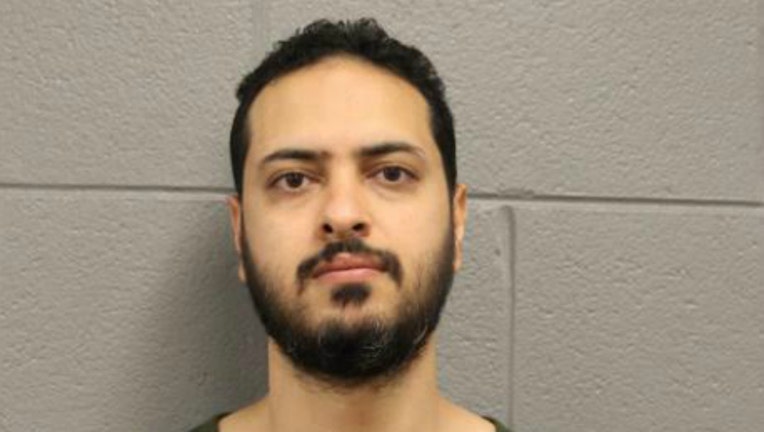 CHICAGO - The owner of a Humboldt Park cellphone store was held on $50,000 bail Saturday on a charge of possessing a gun with a defaced serial number, which he used to shoot and kill a man who had allegedly robbed his store, authorities said.

But Nour Abedrabbo is not facing a murder charge following the chaotic scene that started about 11 a.m. Thursday inside his US Mobile store at 3362 W. Chicago Ave.

An 18-year-old man entered and tried to sell two phones to Abedrabbo, a 34-year-old Chicago Ridge resident, according to Cook County prosecutors. The younger man had just stolen the two phones in an armed robbery at another store, prosecutors said.

At Abedrabbo’s store, the man also asked to see another phone for sale, and after that phone was placed on the counter, he grabbed it and ran, prosecutors said.

About 11:25 a.m., Abedrabbo found a man at the intersection of Augusta Boulevard and Trumbull Avenue — three blocks away — and stopped to ask him if he’d seen “a guy in a gray hoodie,” Abedrabbo’s defense attorney Zaid Abdallah said.

The man turned out to be the thief, who had changed clothes, Abdallah said. He fired at Abedrabbo, hitting his car four times, according to prosecutors.

In a nearby alley, the man fell to the ground. He was later pronounced dead at Mt. Sinai Hospital as a result of multiple gunshot wounds, according to the Cook County medical examiner’s office. Authorities have not yet released his name.

Abedrabbo returned to his car, where responding police officers found him and saw him holding the pistol with the defaced serial number, prosecutors said.

Abedrabbo gave a statement asserting he was acting in self-defense, prosecutors said.

“I understand the defaced firearm, he’s not supposed to have that,” Abdallah told Judge Charles Beach. “But if he didn’t have that, we’d probably we talking about his obituary today rather than his bond hearing.”