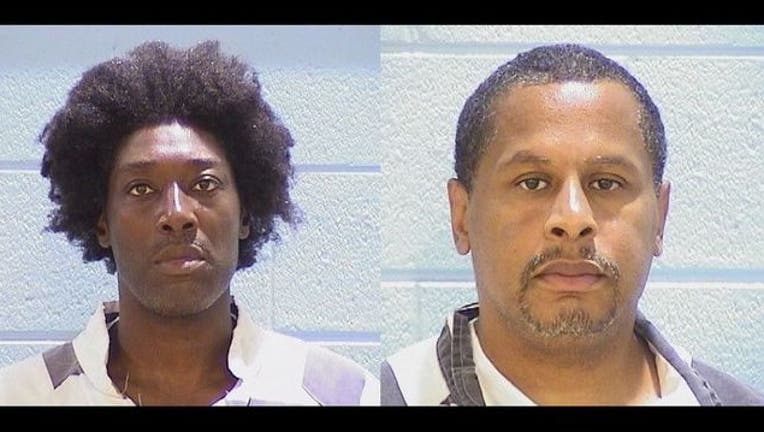 CHICAGO (Sun-Times Media Wire) - Nevest Coleman’s eyes were rimmed with tears as he held a two-page court order handed to him by his lawyer on Friday.

The papers, just signed by Chief Cook County Criminal Courts Judge LeRoy K. Martin, were a “certificate of innocence,” formally exonerating Coleman in a 1994 rape and murder conviction that had sent him to prison for 23 years, before DNA evidence last year cleared him of guilt in the crime, the Chicago Sun-Times is reporting.

Martin also signed off on a certificate for Coleman’s co-defendant, Darryl Fulton, who did not attend the brief hearing.

Coleman had been released when prosecutors dropped charges against him in November.

“I’ve been telling people I was innocent from day one,” Coleman said, holding up the two sheets outside the courtroom. “This here is the proof.”

Speaking quickly as he huddled with Coleman and his son and daughter outside the courtroom, Coleman’s lawyer, Russell Ainsworth, spelled out the implications of the document: his criminal record – clean but for the wrongful murder charge – would be wiped clear.

Coleman could request a payout from a fund for wrongfully convicted defendants, though state budget woes have caused a backlog.

Coleman had maintained his innocence since his arrest in 1994 for the murder of Antwinica Bridgeman – a crime Coleman discovered when he went to check on a foul smell coming from the basement of his mother’s apartment building.

Coleman, who had never been arrested before, said detectives threatened and beat him into making a confession.

DNA evidence collected from Bridgman’s body and analyzed in 2016 showed that semen on her clothing and material under her fingernails did not match Coleman, Fulton or a third man who had been a suspect.

The DNA did match a man convicted of multiple rapes, according to court filings.

The confessions had been the only evidence tying the two men to the crime, and with the new DNA evidence, State’s Attorney Kim Foxx’s office dropped the charges, and did not challenge their petitions for certificates of innocence.

Certificates are awarded only in cases where the one-time defendants have been cleared based on their actual innocence, not legal technicalities — that is, they did not actually commit the crime.

The two men have filed federal civil rights lawsuits, seeking compensation from the city and county, based on their claims that detectives routinely coerced confessions from suspects.