CHICAGO - A Chicago Fire Department paramedic was grazed at Stroger Hospital while working on a patient, and one person was killed and another wounded Saturday night in a shooting on the Near West Side, authorities said.

The paramedic was working on a patient about 10:35 p.m. in the emergency room at Stroger when witnesses told police a suspect in an older green Buick opened fire, grazing the medical responder in the bill of their baseball cap, Chicago police said. 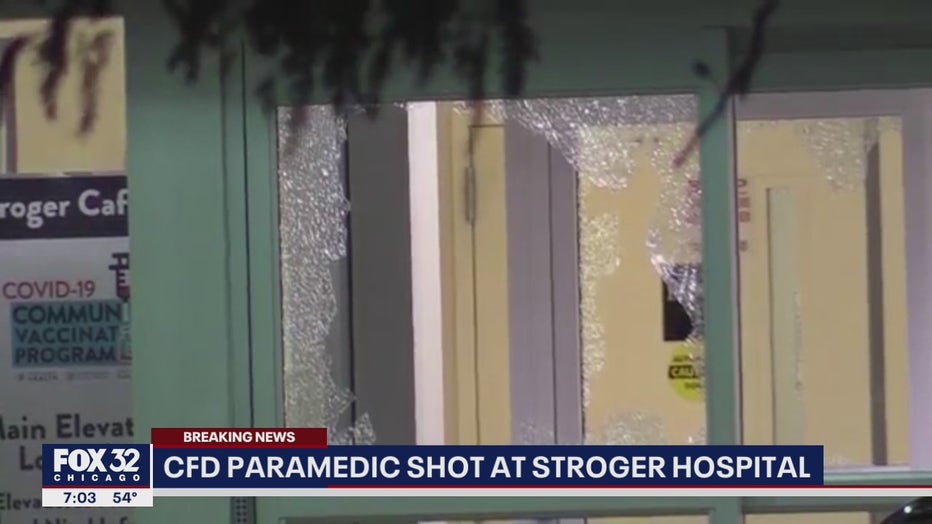 The older man was shot in the chest and arm, and was taken to Stroger, where he died, police said.

The younger man was shot in the right heel, and was also taken to Stroger, where he was in good condition, police said.

No one was in custody in either of the attacks, and police were still investigating.