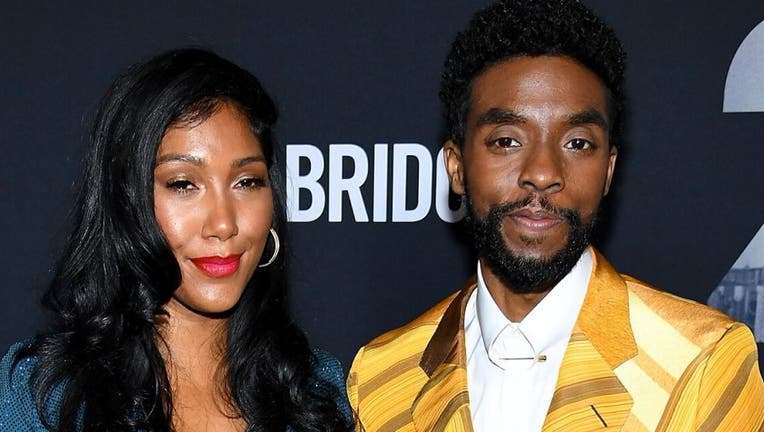 Chadwick Boseman had reportedly gotten married only a few months before his untimely passing, according to Page Six.

The actor is said to have been engaged to singer Taylor Simone Ledward since October 2019. It is not clear when the pair married, but it appears they loved each other deeply despite keeping their lives exceedingly private.

During the NAACP Image Awards in March 2019, Boseman was spotted giving Ledward a kiss before he accepted his award for Outstanding Actor in a Motion Picture after his portrayal of T’Challa in the Marvel movie “Black Panther.”

In his acceptance speech, he said, “Simone, you’re with me every day. I have to acknowledge you right now. Love you.”

As the camera panned, Ledward was seen mouthing the words, “I love you,” according to The Daily Mail.

Years before the romantic exchange, Boseman and Ledward were rumored to be an item going as far back as 2015.

By 2016, Boseman was diagnosed with stage III colon cancer. But, he continued to film his hit movies “during and between countless surgeries and chemotherapy” in the last four years, according to a statement released by his family.

Ledward was a present figure in his life and joined Boseman at red carpet events, award shows, and premieres. Their last public appearance at a major event was in February at the 69th NBA All-Star Game. They were seen smiling together while they sat courtside.

Boseman passed away on Friday, Aug. 28 at the age of 43. His cancer had progressed to stage IV.

“He died in his home, with his wife and family by his side,” the statement released by Boseman’s family states.

Ledward graduated from California Polytechnic State University in 2014, where she majored in music industry studies. She was a singer at the school’s jazz band.