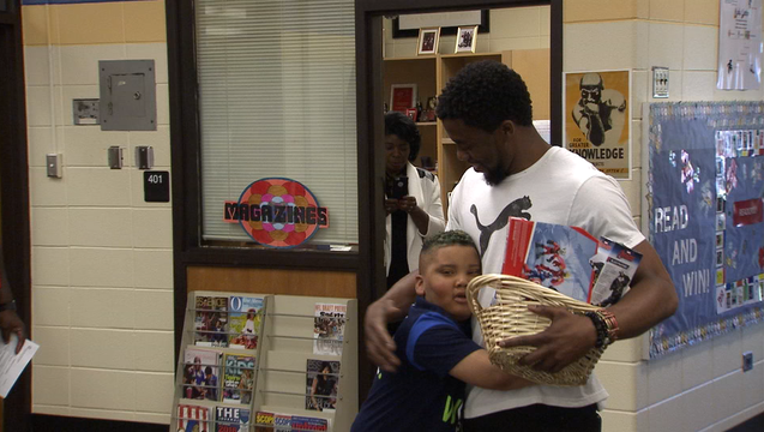 ATLANTA - While he was secretly battling cancer, Actor Chadwick Boseman paid a visit to help lift the spirits of a young Georgia boy who had been diagnosed with terminal brain cancer.

Ian Hopgood was diagnosed with cancer in October of 2016 after exhibiting some behavior issues in school and finally getting physically sick.

“There isn't a treatment for the type of brain cancer he has, it is terminal, so we just really just make the most of every day and hopefully inspire others,” Ian's mother Kara Anderson told FOX 5 at the time. "Honestly, there really aren't words to express everything he's been going through and lately it's been a little tougher, it's started to wear and tear on him a little bit that he's not like the other kids." 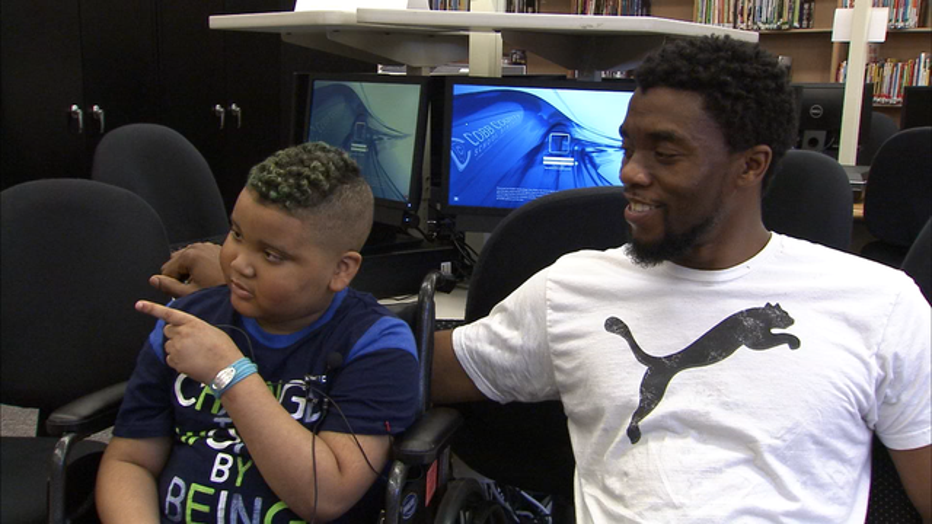 Ian's favorite superhero was the Black Panther, which at the time was filming in the Atlanta area. In November of 2017, a few months before the movie was released, Boseman stopped by to pay the young boy a visit.

Boseman brought Ian gifts including Black Panther action figures. The Marvel movie star spent the afternoon talking with the boy and even signed a few autographs.

"We kind of go off the theory of laughter heals and joy heals, and happiness heals, so that's how we live every day because we honestly don't know what tomorrow is going to bring," said Anderson.

Boseman emotionally talked about meeting and speaking with Ian at a Sirius XM interview before the film came out. Sadly, Ian did not live to see the film of his favorite hero. He passed away on Jan. 8, 2018.

During this time of the meeting, Boseman also was privately undergoing “countless surgeries and chemotherapy” to battle colon cancer, his family said in a statement announcing his death at age 43 on Friday. He’d been diagnosed at stage 3 in 2016 but never spoke publicly about it.

“A true fighter, Chadwick persevered through it all, and brought you many of the films you have come to love so much,” his family said. “It was the honor of his career to bring King T’Challa to life in Black Panther.” Boseman died at his home in the Los Angeles area with his wife and family by his side, his publicist Nicki Fioravante told The Associated Press.

Boseman is survived by his wife and a parent and had no children, Fioravante said.