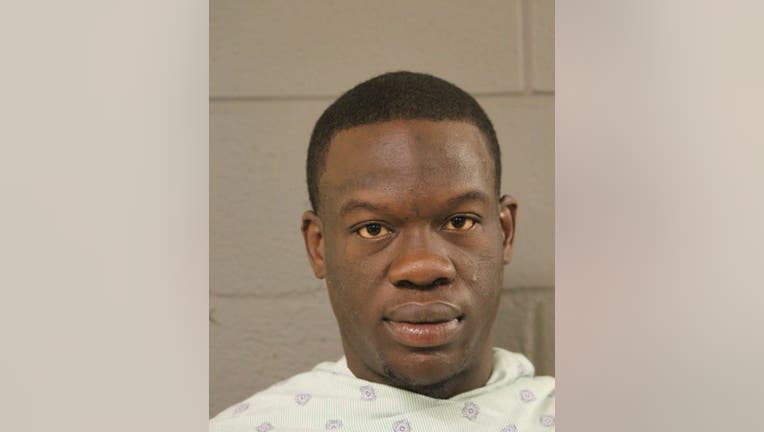 CHICAGO - A 28-year-old man who was shot by a Cook County Sheriff’s police while running from a traffic stop Wednesday on the Southwest Side faces multiple felony charges.

Durell Foster was charged with aggravated assault of a peace officer, unlawful use of a weapon and possession of a substance, Chicago police said Friday.

Authorities were patrolling near Stickney at 7:20 p.m. Wednesday when they pulled over Foster’s vehicle, the sheriff’s office said. Foster allegedly drove off, abandoned his car in an alley and ran.

Foster allegedly dropped a cellphone and didn’t stop running, the sheriff’s office said. One officer saw him grab a gun, and another fired shots.

Foster was struck twice and ran to a nearby porch in the 4600 block fo South Laramie Avenue where he was taken into custody, Chicago police and sheriff’s office said. He was hospitalized in good condition.

Foster’s father, Maurice, told the Sun-Times he couldn’t tell if his son had a gun after reviewing videos released by the sheriff’s office. He said friends told him his son was being “harassed” by an officer who recognized him at a car wash.