CHICAGO - Ten people were hurt in a crash involving a school bus Monday in Chatham on the South Side.

The crash happened just after 4 p.m. near 79th Street and South Cottage Grove Avenue, according to Chicago Fire Department officials.

A CTA bus hit a black vehicle which then struck the school bus, according to preliminary information from Chicago police. 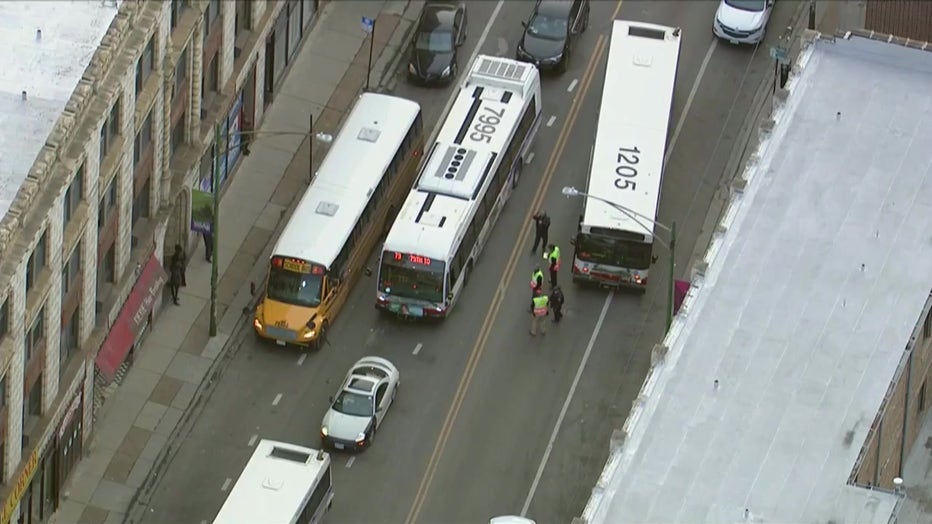 Another person was taken to the University of Chicago Medical Center in fair-to-serious condition.

The fire department originally reported that all the transports were children, but later said no children were hospitalized.