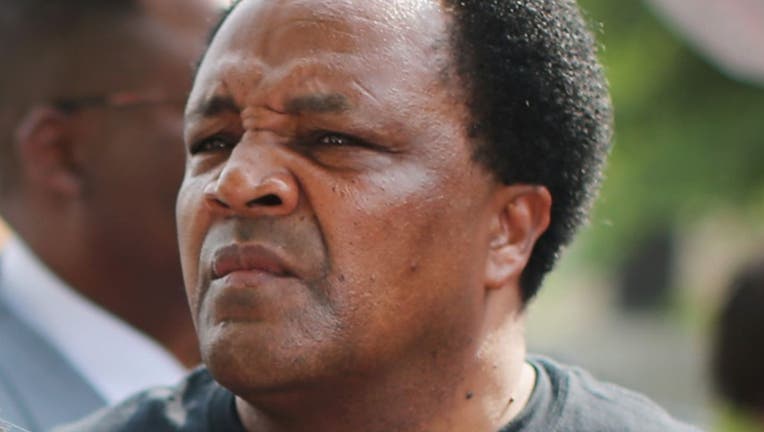 CHICAGO - Community activist Andrew Holmes was hurt in a traffic crash Wednesday after a CTA bus ran a red light in Bronzeville, striking the vehicle he was using to deliver Easter basket supplies.

"I didn’t even see the bus, as fast as it was flying," Holmes said.

The northbound bus went through a red light about 2:45 p.m. at King Drive at 51st Street and hit a westbound truck, Chicago police said. Holmes, the 61-year-old man driving the truck, called for a ride to a hospital to be treated for a sore left shoulder.

The impact pushed the truck into a Jeep on 51st Street, police said.

"There was another vehicle on my right side. The light turned green and we both proceeded out from there," according to Holmes, who said he doesn’t remember the moment of impact but that the bus driver was "trying to beat that red light."

Holmes was on his way to drop off 1,500 Easter baskets he is planning to give away Sunday afternoon in front of the Englewood Police District at 63rd and Loomis streets as part of an Easter drive. Holmes called for a ride and a tow truck to move his vehicle.

"The police were trying to get me to go in the ambulance, but I had 1,500 to 2,000 Easter baskets in my car," he said. "If I had left the truck there, these kids wouldn’t have any Easter baskets for Sunday. I’ve been doing this for the last five years. I wasn’t about to let those kids down."

The Jeep’s driver, a 63-year-old woman, was taken to the University of Chicago Medical Center with minor injuries, police said. Her condition stabilized. The bus driver was not cited for the accident, police said.