CHICAGO - The Archdiocese of Chicago and the Carmelites, a Catholic religious order, will pay a reported $1.75 million to a woman who claimed she was repeatedly sexually abused as a girl by a priest at St. Cyril Catholic Church on the South Side.

The case was brought by a woman who claimed she was repeatedly abused as a child during one school year in the 1980s by Robert Boley, a Carmelite priest who taught at St. Cyril Catholic School in Woodlawn. The school, which was located at 6423 S. Woodlawn Ave. has since closed.

According to the woman, Boley would ask her to stay inside for recess and sexually assault her. While the abuse was allegedly taking place, Boley would make the girl read the Bible while telling her she was a bad child and that God was angry with her.

While working in the Archdiocese of Los Angeles, Boley was reportedly accused of molesting at least two children, but was transferred to Chicago without a documented explanation, according to attorneys. 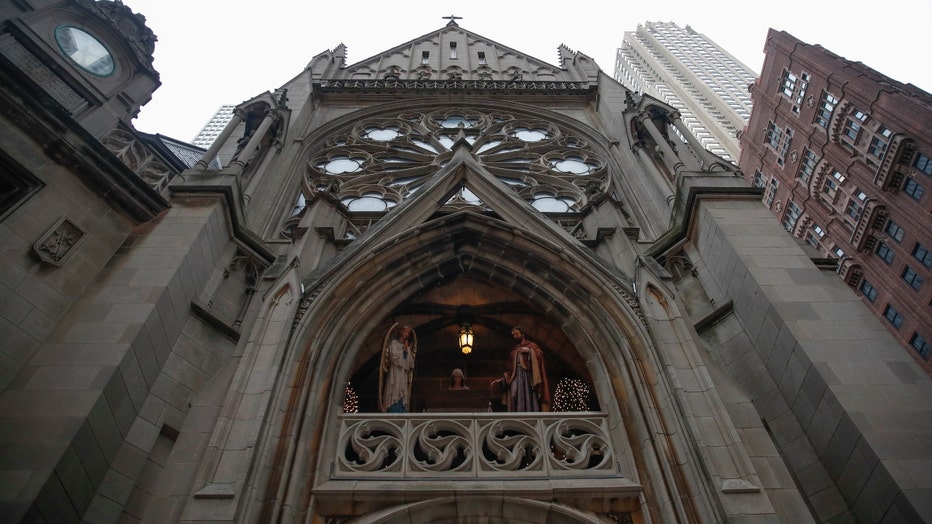 The Archdiocese of Chicago is seen on January 2, 2019 in Chicago, Illinois. (KAMIL KRZACZYNSKI/AFP via Getty Images / Getty Images)

The case was settled in June through a mediated process before a lawsuit was filed, according to a statement from Romanucci and Blandin, the firm who represented the victim.

"The money is nice but you want to be a healed person. At this point in my life I should be able to have a relationship with a man and not be immediately distrustful. And that’s what this did to me, it made me not trust men," the woman, who didn’t want to be identified, told the Chicago Sun-Times.

"He deserves to be in jail," she said. The woman no longer lives in the Midwest, her attorneys said.

Statutes of limitations, though they’ve since been extended in Illinois to allow abuse victims more time to come forward, prevented criminal charges against Boley, according to her attorneys.

An Archdiocese of Chicago spokeswoman said the church does not comment on litigation or settlements.

The Order of Carmelites, Province of the Most Pure Heart of Mary, based in suburban Darien, lists Boley on its website as a "member against whom a credible or public allegation of childhood sexual abuse has been made" and states he was removed from ministry in 2006 and put on a "Safety Plan." 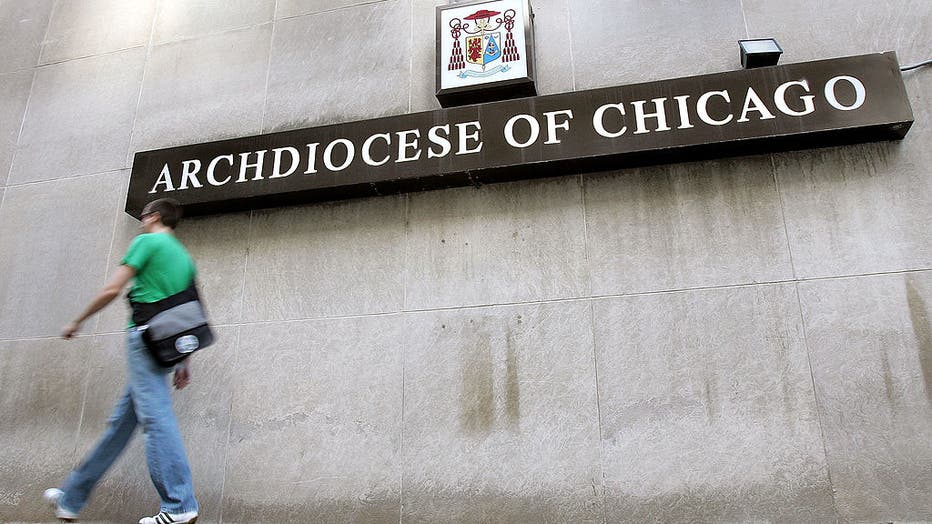 A man walks past the offices of the Catholic Archdiocese of Chicago. (Photo by Tim Boyle/Getty Images)

In explaining what a "Safety Program" is, the Carmelite website states: "This rigorous relapse prevention program provides appropriate psychological treatment designed by professionals specifically for offenders and entails monitoring and supervision for the rest of the member’s life."

Susan Overbey, an attorney representing the Carmelites, said the group doesn’t comment on settlements or litigation.

Overbey shared a statement from the Carmelites that read, in part: "We pray for the healing of all survivors of clergy sex abuse and encourage those who were abused to come forward."

Overbey declined to comment on Boley’s whereabouts or status as a priest.

An attorney for the victim, Martin Gould, said Boley took advantage of his position of authority, drastically altering the course of his client's life.

"Our client endured unspeakable abuse as a child at the hands of someone she was taught to obey, trust and respect. The abuse had a devastating impact on our client, and detrimentally changed the trajectory of her life," Gould said in a statement. "After engaging in lengthy discussions, we appreciate that the Carmelites and Archdiocese of Chicago recognized the physical, psychological and spiritual harm caused and were willing to be a part of the healing process."

Attorneys said they believe their client's bravery in coming forward about the abuse will help protect other children from experiencing the same trauma.

"Our client demonstrated tremendous courage coming forward to tell her story and seek accountability, and we are confident the testimony she provided to the Illinois Attorney General’s Office as part of their investigation into clergy abuse within the state will ultimately lead to necessary policy changes and protect future generations of children from abuse. We are proud of Jane Doe," the statement said.

According to a report published in 2019 by Minnesota-based attorney Jeff Anderson that named priests accused of sex abuse, the Archdiocese of Los Angeles settled a lawsuit in 2007 alleging abuse by Boley.

In 2018, an investigation by then-Illinois Attorney General Lisa Madigan found 690 priests accused of abuse in Illinois, with Catholic officials identifying only 185 of them with credible allegations against them.