CHICAGO - Two recently identified Indiana brothers who died during the attack on Pearl Harbor were finally laid to rest with gravestones after nearly 80 years as "unknown" soldiers.

Brothers Harold and William Trapp were buried with full military honors at Punchbowl Cemetery in the National Memorial Cemetery of the Pacific on Tuesday. The brothers share a plot, one casket atop the other.

Born in Chicago but raised in La Porte, Ind., the brothers did everything together – even joining the U.S. Navy in 1939.

"When they joined and enlisted, they enlisted on the same day ― together," Carol Sowar, their niece, told Hawaii News Now. Sowar said her mother, Irene, had been bothered for years that her brothers were not buried in a "dignified" manner.

The brothers served together on the USS Oklahoma, which Japanese fighter pilots torpedoed on Dec. 7, 1941 – the event that led the U.S. to enter World War II. The ship sank, and 429 crewmen died in the battle.

Since then, the brothers remained unidentified, along with the hundreds of other casualties from the attack. 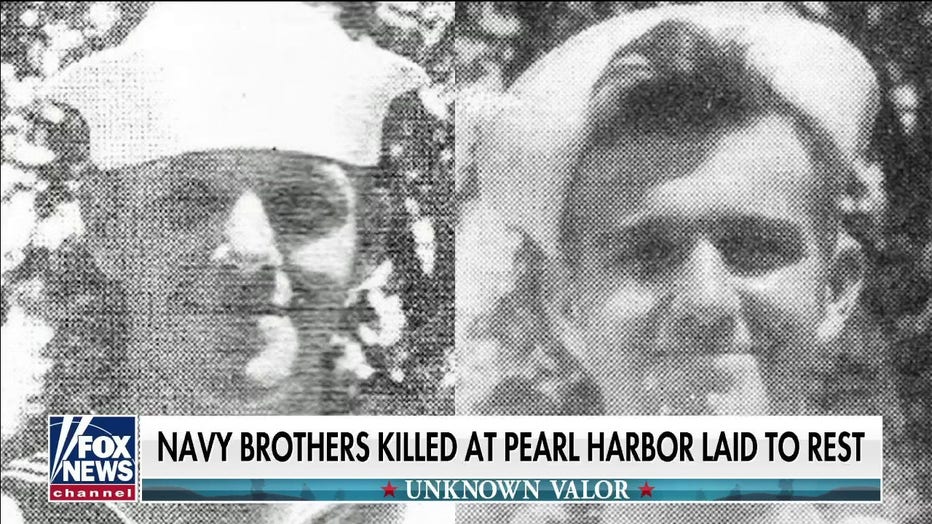 The Defense POW/MIA Accounting Agency has worked for decades to identify the remains and bring closure to families of the deceased. In November 2020, the agency was able to identify the Trapp brothers – at the same time, again – thanks to dental and genetic evidence.

Twelve family members were present at the ceremony Tuesday, along with 75 uniformed service members, including around 55 sailors, Stars and Stripes reported.

Each brother received a rifle salute and a rendition of "Taps." Sailors folded an American flag over each casket, one of which was presented to Sowar and the other given to her son, Matthew.

"We all know that on Dec. 7 we were attacked. The USS Oklahoma was attacked viciously, and it sank, " chaplain Navy Cmdr. Randal Potter said during the service. "Four hundred twenty-nine crewmen died on that day — among them, these two brothers."

Sowar called the service "beautiful" and expressed her gratitude that her uncles finally received the respect they deserved after so many years.

"It was something that bothered my mother the whole time," Sowar said. "This was very hard on my mother, and the fact that they were not buried the way that you'd want them to be buried, with dignity and a service, always bothered her."