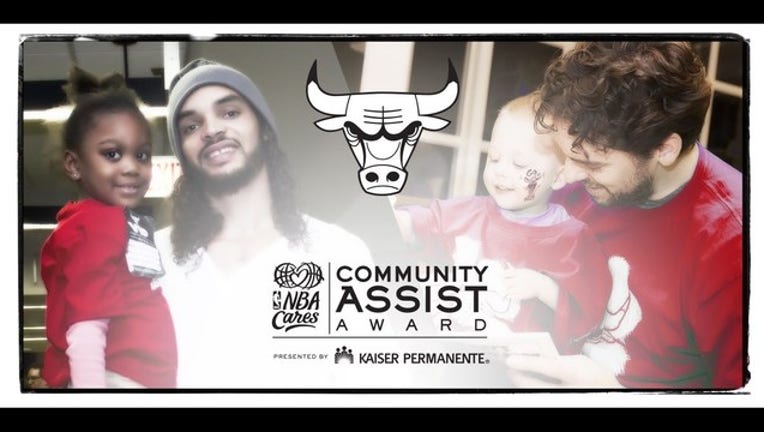 Chicago Bulls Forward Pau Gasol and Center Joakim Noah have each been nominated for the 2014-15 Seasonlong NBA Cares Community Assist Award in recognition of their outstanding charitable contributions and philanthropy, the Bulls and NBA announced Monday.

The award recognizes an NBA player who best reflects the passion that the league and its players share for giving back to their communities.

"Pau and Joakim both display remarkable passion and commitment to the game of basketball and to the community. They are authentic in their interests and their efforts to connect with groups and issues, and the results are inspiring to all of us," President and COO of the Chicago Bulls Michael Reinsdorf said in a statement. "The NBA has made civic engagement and philanthropy high priorities for its teams and players, and the Bulls have made these values part of our culture. These two players are league leaders, and we are so proud of everything they have accomplished."

Gasol has made an immediate impact in giving back to his community upon arriving in Chicago last fall with a focus on children's health and well-being.

Noah has actively committed himself to taking a stand against violence in the city of Chicago through his work with the Bulls and his Noah's Arc Foundation.

Gasol and Noah are among 10 other NBA player finalists for the award, with the winner being determined by an NBA panel of judges and fan voting. Now through Monday, April 27, the Chicago Bulls encourage all fans to show their support for Gasol and Noah by voting on Twitter, Facebook and Instagram using #NBACommunityAssist and #PauGasol and/or #JoakimNoah. There are no limits to the number times a fan can vote.

Here are a few ways to vote:

Two important notes: only unique posts will be included in the vote and commenting on a post using the hashtags does not qualify as a vote.