A Chicago Heights man was arrested for allegedly threatening violence at next week’s inauguration of President-elect Joe Biden.

CHICAGO HEIGHTS - A Chicago Heights man was arrested for allegedly threatening violence at next week’s inauguration of President-elect Joe Biden.

Louis Capriotti, 45, is charged with transmitting a threat, according to the U.S. attorney’s office in Chicago. He was arrested near his home Tuesday morning, officials said.

In a voicemail left for a member of Congress from New Jersey, Capriotti allegedly said if people "think that Joe Biden is going to put his hand on the Bible and walk into that f—ing White House on January 20th, they’re sadly f—ing mistaken."

Capriotti identified himself as "a nine-year Marine, active duty" and allegedly said "we will surround the motherf—ing White House and we will kill any motherf—king Democrat that steps on the motherf—ing lawn." Prosecutors said Capriotti never served in the military.

"Our office takes the security of our public servants very seriously," U.S. Attorney John Lausch said in a statement. "Individuals who cross the line of free speech by making unlawful threats will be held accountable."

At a hearing Tuesday afternoon, hours after Capriotti’s early morning arrest, U.S. Magistrate Judge Gabriel A. Fuentes ordered him to remain in custody until a detention hearing on Friday.

The charge is punishable by a maximum sentence of five years in prison. 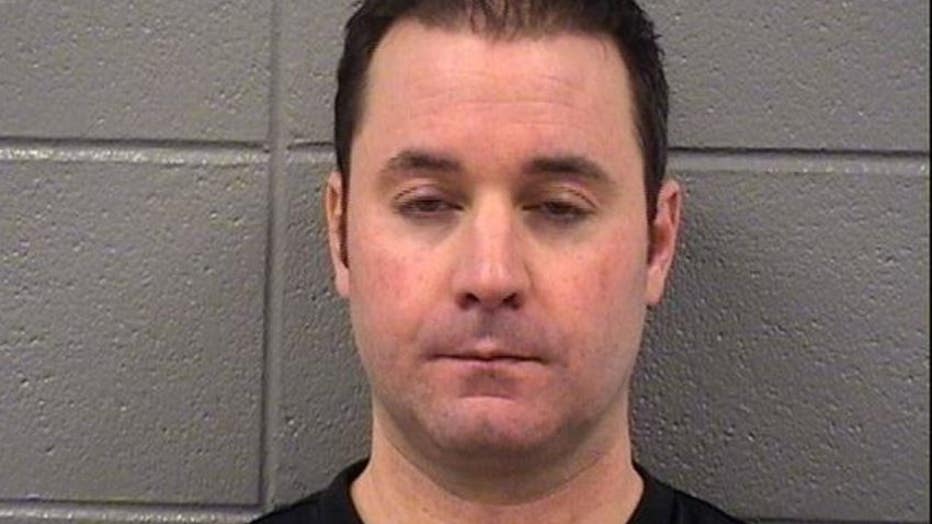 According to the criminal complaint filed by an FBI agent who investigated the case, Capriotti has repeatedly made profane and threatening phone calls to members of Congress since 2017, and after an investigation revealed the calls came from his phone he admitted to the FBI that he had made other calls, saying that he was "just (expletive) with" members of Congress.

According to the complaint, Capriotti left profane and threatening calls to three members of Congress in November and December last year. In each of the calls, the man who would not give his name said he was in the Marine Corps and had killed terrorists before. And after he accused one of member of Congress of being a terrorist, he said he "will continue to kill them (terrorists) because that’s what I was trained to do."

The Dec. 29 call that, according to the complaint, was made by on a phone on Capriotti’s account, followed a similar pattern, with the caller saying that he was trained to kill terrorists and that Democrats are (expletive) terrorists."

The call was made several days before a mob of President Donald Trump’s supporters smashed their way into the U.S. Capitol building. Five people, including a U.S. Capitol Police officer, died in the Jan. 6 assault on Washington. Dozens of people have been arrested in the attack, which temporarily halted congressional business to confirm Biden as president.