CHICAGO - Chicago motorists will begin to notice new safety features at 15 locations around the city to make crosswalks safer for pedestrians and reduce the chance of crashes.

The features include rubber speed bumps, vertical posts, and hardened centerlines that encourage drivers to take turns at safer speeds, prevent drivers from taking a diagonal path through the crosswalk, and improve drivers’ visibility of people crossing the street. 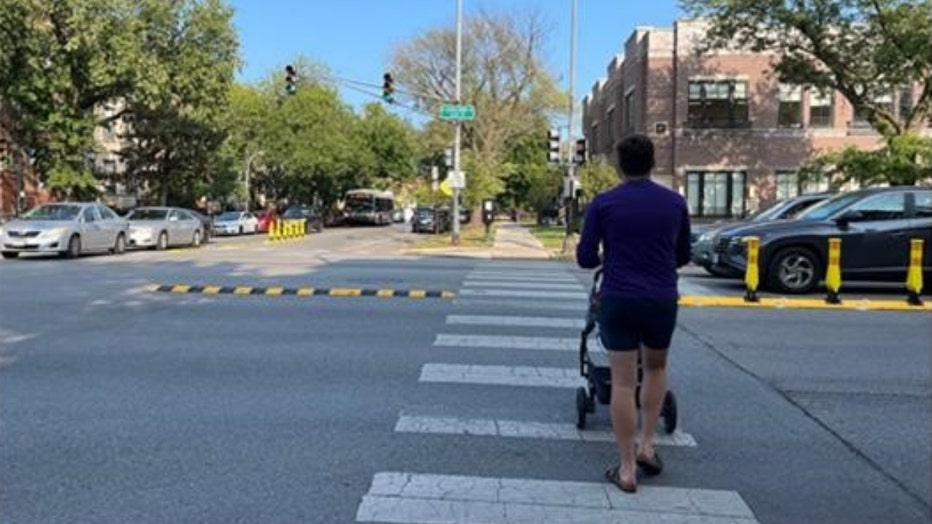 Officials said left turns can be particularly dangerous because motorists typically take them at a higher rate of speed than other maneuvers and the car frame may block the driver’s view of people in the crosswalk.

According to CDOT data, motorists who were making left-hand turns were involved in 40 percent of crashes where a pedestrian was seriously injured or killed at an intersection in Chicago from 2017 to 2021. 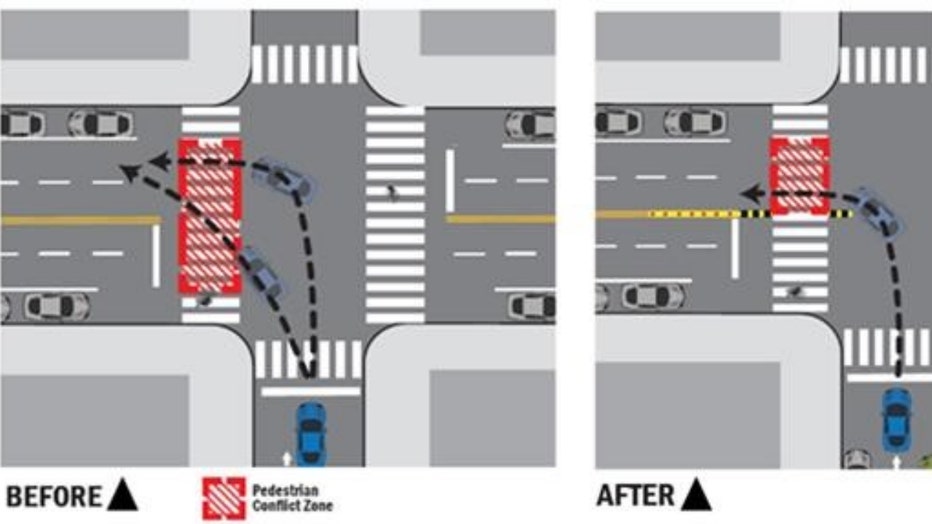 The new installations come after a 2019 pilot project along State Street, where CDOT installed left turn traffic-calming at five intersections between Hubbard and Ontario in 2019.

After the installation, studies found that 95 percent of drivers yielded to pedestrians, compared to 80 percent before the traffic-calming treatments were installed, CDOT said. 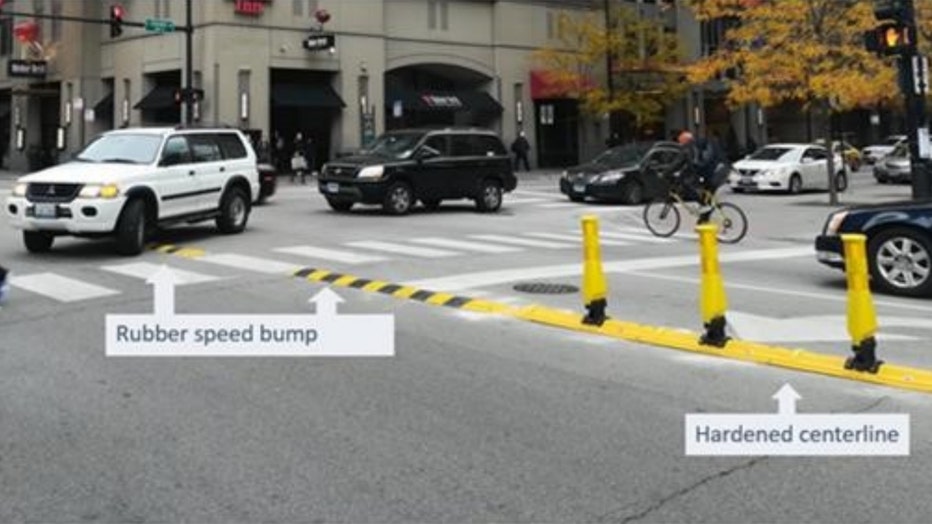 The following 15 intersections, which have a history of crashes involving left-turning motorists, will receive left-turn calming treatments in 2022: