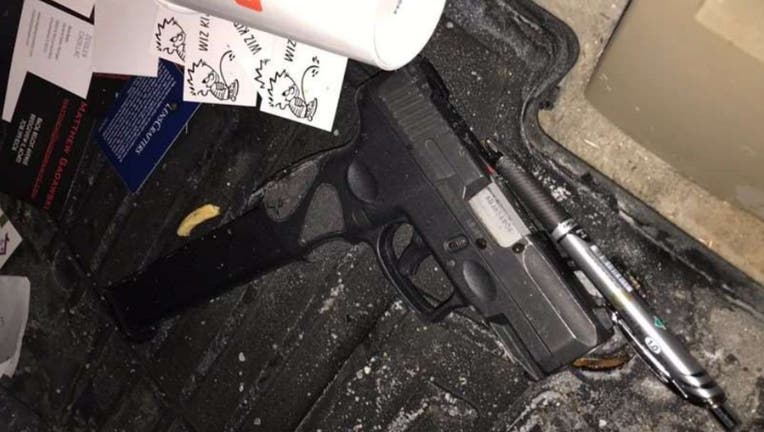 CHICAGO - A Chicago man charged in federal court allegedly carjacked someone last week in Orland Park and then shot at a police officer who chased him.

David Johnson confronted the victim in a parked car outside the victim’s home in the 15500 block of Hollycock Court, according to federal criminal complaint filed in Chicago.

The victim exited his car and Johnson allegedly drove off.

The first officer to exit his vehicle and run after Johnson allegedly saw Johnson point a gun in his direction and fire once, the complaint states. The officer, who worked for the Oak Forest Police Department, wasn’t struck.

Shortly after, Chicago police found Johnson in a vehicle with two others and arrested him, the complaint states. Before he was detained, Johnson allegedly vomited on the ground. The gun Johnson fired wasn’t recovered, but officers found another pistol of Johnson’s with an extended clip in the victim’s car, the complaint states. Another pistol in the car allegedly belonged to the victim.

Johnson was later identified as the carjacker by officers and the victim, the complaint states. During questioning, Johnson allegedly said he had never been to Orland Park. A search of Johnson’s phone allegedly showed that he searched for a location near the occurrence of the carjacking.

At the time of the carjacking, Johnson was on federal supervised release following a sentence to 14 months in prison for a weapons charge, the complaint states. He was also convicted of another gun charge in 2017.

Johnson faces a federal carjacking charge, which is punishable by up to 15 years in prison.