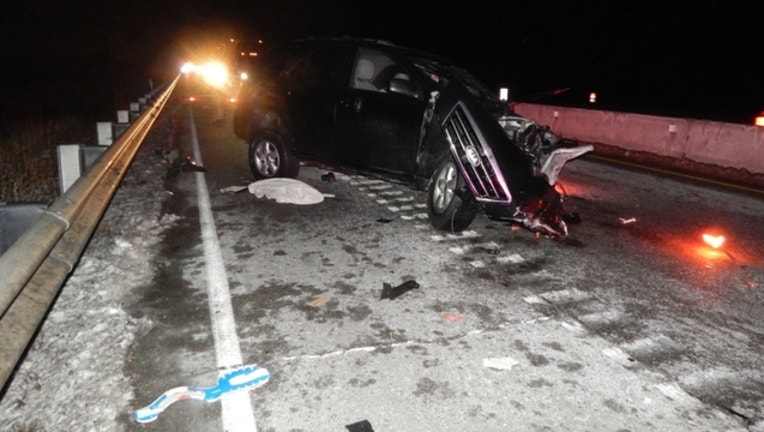 The Kia Sorento that was damaged in a crash Wednesday night on Interstate 65 near Crown Point, Indiana. | Indiana State Police

SUN TIMES MEDIA WIRE - A Chicago man was injured in a single-vehicle crash Wednesday night on Interstate 65 near Crown Point in northwest Indiana.

At 7:14 p.m., the 65-year-old was driving a 2007 Kia Sorento south in the left lane of a construction zone on I-65 near mile marker 245 when he failed to navigate a lane shift and the SUV struck a crash cushion, according to Indiana State Police. The Sorento then spun out and struck a concrete barrier before coming to a rest facing east in the right lane.

The crash happened on a bridge over a drainage ditch where there are currently no shoulders, state police said. As a result, the right lane of I-65 remained closed for over an hour as the vehicle and debris could be removed from the roadway.

The driver was taken to Franciscan Health Crown Point with injuries that weren’t believed to be life threatening, state police said.