CHICAGO - A Chicago man has been charged with killing the only witness in a murder case at the request of the defendant who was being held in Cook County Jail.

Kyrell Pittmon was 19 years old when he shot a cellphone store owner in Humboldt Park, killing him in the presence of Chicago police officers who chased him and opened fire but missed, prosecutors said in court Thursday.

Pittmon escaped in a waiting car after the attack on May 3, 2019, but was later identified by DNA from a face mask he dropped, Assistant State’s Attorney Daniel Hanichak said.

He was also identified by extensive phone recordings from the jail that showed the planning of the murder, the prosecutor said.

Pittmon was on electronic home monitoring for a pending gun case, and it showed him away from home during the time of the murder, Hanichak said.

Mutasim Sulieman, 33, was killed in attack. He had identified Terran Scott and Deshon Jones as shooters in a 2016 murder case that was set to go to trial, Hanichak said. Scott and Jones were accused of fatally shooting Tommie Lee Pledge inside Sulieman’s cellphone store.

Minutes before the murder, Scott was on the phone discussing what was happening outside Sulieman’s store, Hanichak said. Scott then allegedly learned minutes after the murder that it had been done.

Pittmon ambushed Sulieman as he closed his store, Division Quick Stop and Cellular at 3657 W. Division, and walked across the street to his car, Hanichak said. While running from the scene, Pittmon allegedly dropped a weapon used in the shooting. 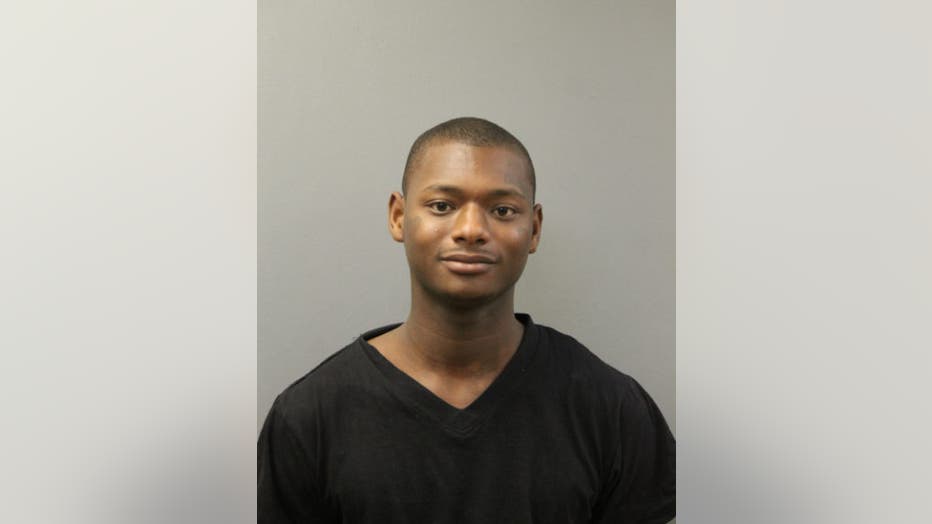 Pittmon was arrested Thursday and told police he had broken his electronic monitoring restrictions because of stress from his cousin’s death, Hanichak said. But his cousin’s killing actually happened several weeks after Sulieman’s murder, Hanichak said.

Pittmon has three young children and lives with his mother, his attorney said.