Chicago man who was shot doesn't give up, graduates trade school and is now helping others

Jermaine Kelly had to overcome more than just hard work to graduate. He also had to deal with being shot.

CHICAGO - Jermaine Kelly had to overcome more than just hard work to graduate. He also had to deal with being shot.

It happened as he was on his way to class two months ago, but the south sider would not let a couple bullets stand in the way of his dreams.

Jermaine Kelly, 25, showed FOX 32 the classroom that he is helping build on a corner lot in Englewood, using skills he learned from the "Revolution Workshop" -- a west side program that teaches carpentry and construction skills to inner city residents.

"I went to orientation and I just fell in love with the program. It seemed like a good fit for me,” Kelly said.

About 100 men and women have graduated from the job-training program in the past year, most landing jobs in the construction trades.

"Typically it ends at ten weeks. And after they're done with the program, we try to help them with job placement, both union and non-union. They put their skills to the test,” said Gus Sanchez of Revolution Workshop. 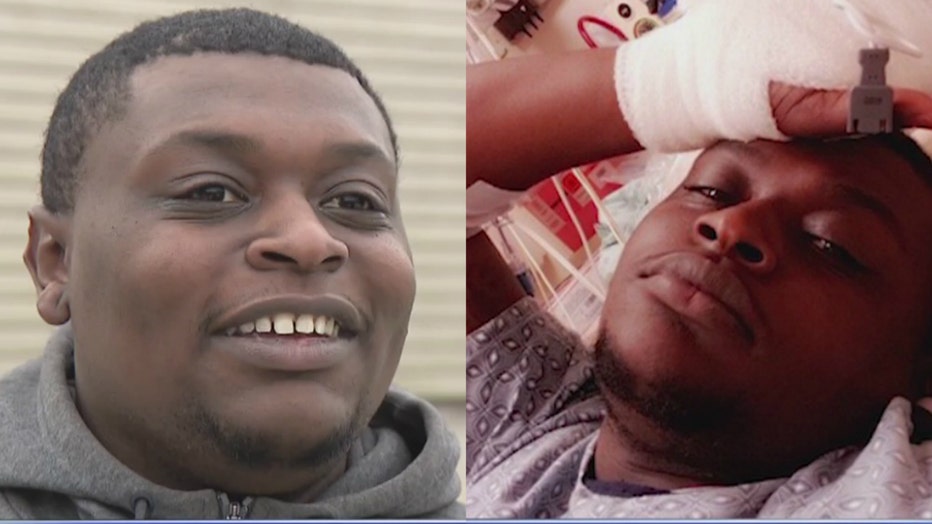 But for Kelly, the path to graduation took a bad turn.

It happened in October as Kelly was checking his car's tire.

"Next day I was face timing into the class. But it just wasn't there. So I told Gus I'm on my way,” he said. "And I came in…I just had to be there. I felt like this was my shot and I couldn't let that stop me. It couldn't slow me down."

On Wednesday, Kelly graduated right on schedule and is now helping to build classrooms for another non-profit called “MASK” -- which stands for "Mothers Against Senseless Killings."

"These boys went away to get skills to bring back to the community, to build a school for other young people like them to go in this neighborhood. Isn't that the way it's supposed to work?" said Tamar Manasseh of MASK.

"It was like actually making it to the end of the rainbow and seeing a pot of gold. That's the feeling that I got,” Kelly said.