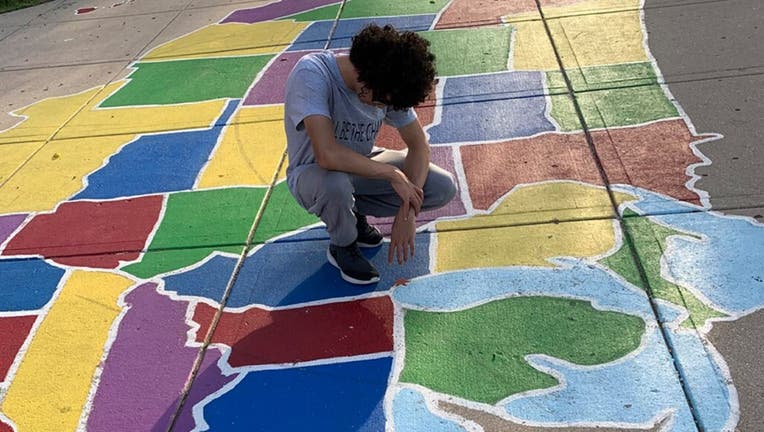 Pastor Edgar Rodriguez’s oldest son prays over Illinois in a street painting of a map of the U.S. in the Logan Square neighborhood in Chicago while on a prayer march. (The Baptist Press)

CHICAGO - Chicago desperately needs the hope of Jesus Christ amid record numbers of violence and death, according to one pastor.

Several weeks ago, in response to the violence that has seen children, including a 1-year-old, being gunned down, Pastor Edgar Rodriguez of New City Fellowship started organizing evening prayer walks around affected neighborhoods in Chicago.

"The church has to rise up," Rodriguez told the Baptist Press. "This is the church's moment to stand up and lay down all other languages of networks and denominations and, as brothers and sisters adopted by the Father because of the good news we believe in, we have to come together and stand together." 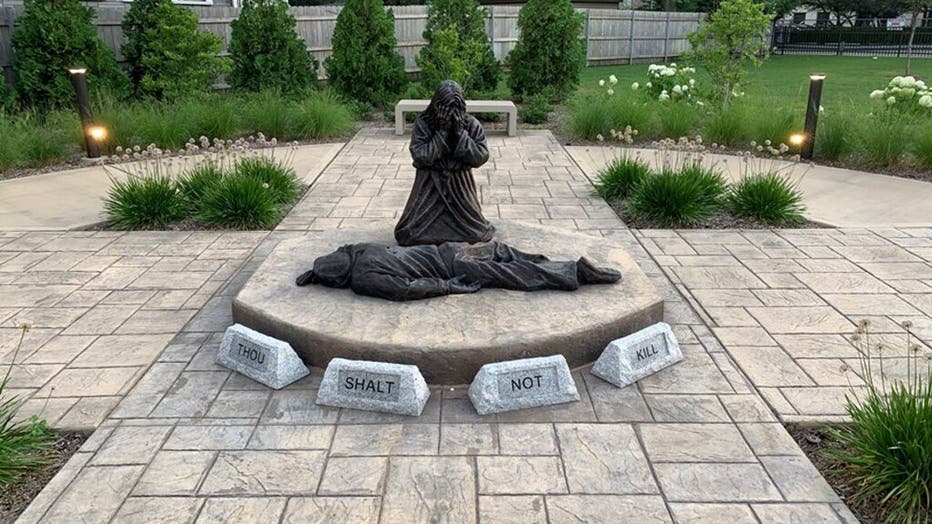 A statue in a Chicago neighborhood depicting Jesus grieving over the killing of an individual. ((The Baptist Press))

On July 13, the pastor and two others started walking at 6 p.m. in Humboldt Park. They went to an area with a large homeless population to share hope and prayer with those who asked for help.

"We just really want God to invade certain parts of the city," Rodriguez said on Facebook Live this week. "We have to be proactive. We can't just be reactive. We're not going to wait until someone else dies, then say, 'we'll go out there.'"

The pastor's goal is to find missionaries in each community and encourage them to bring hope to their own communities.

"Whether you're Christian or not, you and I do not want to live in a neighborhood, in an atmosphere, that is always aggressive, where gun violence is always going to be the case," Rodriguez said. "We, as citizens, have to own our blocks."

As Christians, the pastor explained, "We're not trying to pray these people out of our neighborhoods. We're praying that Jesus would enter their heart, changes them, so that way they can be part of the change."

Rodriguez plans to continue the prayer marches through September, focusing on different neighborhoods in Chicago.