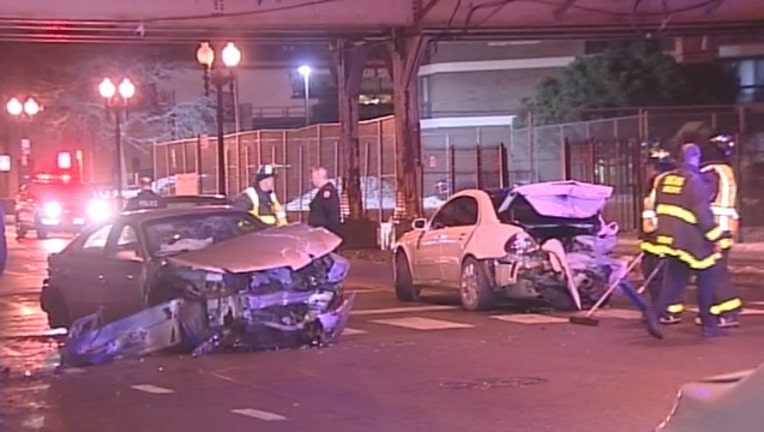 CHICAGO (SUN TIMES MEDIA WIRE) - A Chicago Police officer was driving one of five vehicles involved in an early Thursday crash that left three people injured on the Near North Side.

About 2:45 a.m., a Pontiac was speeding west on West Division Street when the vehicle drifted across the center line and struck a taxi, then caused a chain-reaction crash with three vehicles stopped at a red light at the intersection with North Orleans Street, according to Chicago Police.

The officer, who was on-duty at the time and driving to a police station for an unrelated traffic stop, was in one of the vehicles stopped at the red light when it was rear-ended by the Pontiac, police said. The Pontiac also rear-ended a Mercedes, causing that vehicle to crash into a Nissan stopped in front of it.

The woman was pinned inside the Pontiac and had to be extricated, according to Fire Media Affairs Chief Juan Hernandez. None of the injuries were thought to be life-threatening.

The officer, a woman, refused medical attention, authorities said. Fire officials initially reported she was taken to the hospital.

Police said citations and charges were pending against the driver of the Pontiac early Thursday.