CHICAGO - A Chicago police officer was shot in the wrist Wednesday after witnessing a fatal shooting on the West Side.

The officer was on-duty at 2:26 p.m. in the 4000 block of West Madison Street when he saw someone fatally shoot another person on the sidewalk, interim CPD Supt. Charlie Beck said at a news conference Wednesday outside Stroger Hospital.

The victim, a 26-year-old man, was taken to Stroger Hospital, where he was pronounced dead, according to police. The Cook County medical examiner’s office confirmed the death but did not release the man’s identity Wednesday evening. 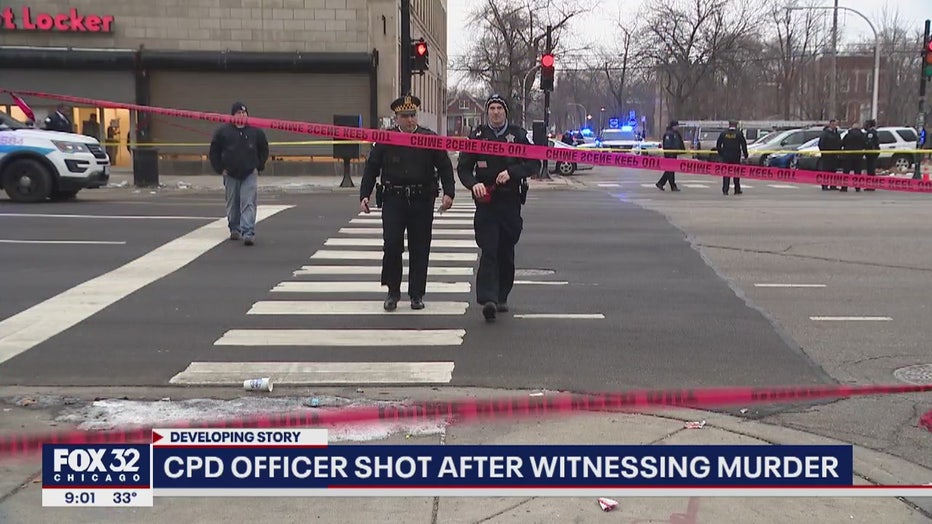 The plainclothes officer who witnessed the shooting started to follow the shooter as the man drove off in a pickup truck, Beck said. The suspect realized he was being followed in the 4100 block of West Wilcox, got out of the truck and fired at the officer’s vehicle with a handgun, hitting him in the wrist. He then got back in the truck and drove away.

Responding officers began to take the wounded officer to Stroger Hospital, but on their way spotted the pickup, Beck said. The injured officer told them to follow the suspect instead of continuing to the hospital. 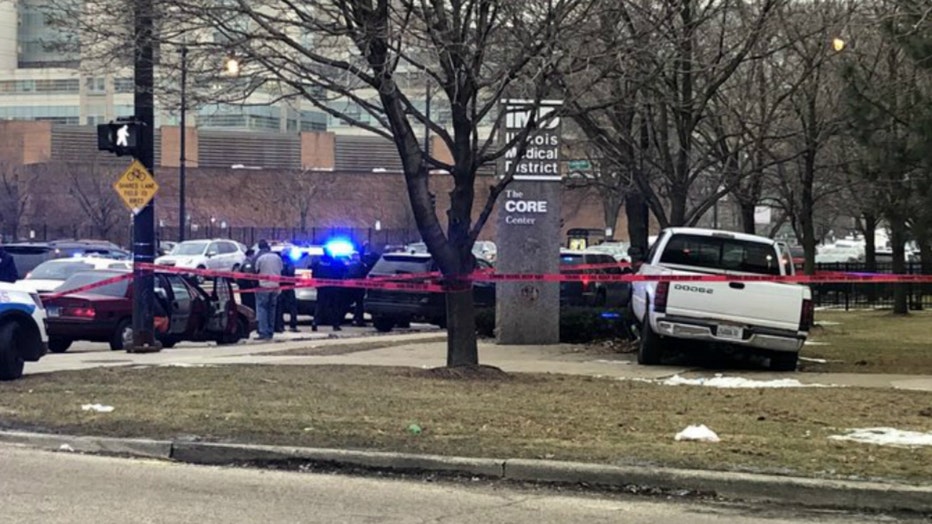 A Chicago police officer was shot in the hand Wednesday.

The pickup crashed in the 2000 block of West Congress Parkway and two suspects, a male and a female, were taken into custody, according to police. A weapon was also recovered from the truck.