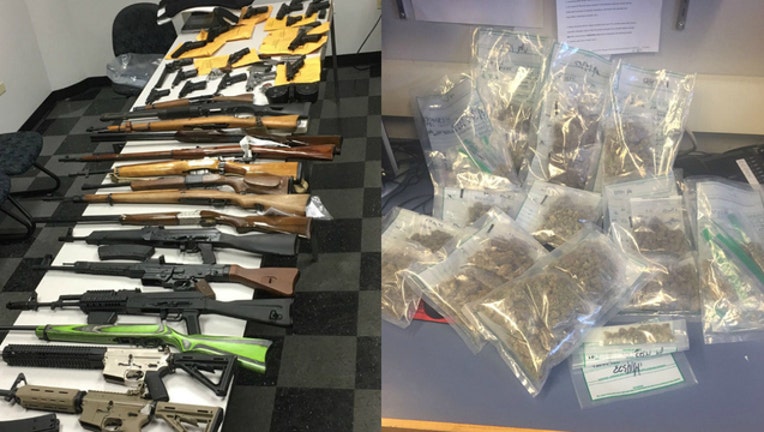 CHICAGO (Sun-Times Media Wire) - Chicago Police seized more than 30 illegal guns and a supply of drugs early Friday on the Northwest Side.

Police raided a residence near Newcastle Avenue and Gunnison Street after officers identified someone who sold them drugs and stashed them along with guns in the residence, according to Chicago Police.

“The Chicago Police Department continues to demonstrate that gun violence will not be tolerated this summer, and today’s raid is one of many that we’ve conducted in recent weeks to keep our streets safe,” Chief of Organized Crime Anthony Riccio said in a statement.

CPD has taken more than 4,230 guns off the streets since January, police said.

“While we are leaving no stone unturned in our efforts to target repeat criminals who drive the violence in our city, the confiscation of guns like these demonstrates the need for stricter gun laws. For every gun we take off the street, we have the potential to save another life and make our neighborhoods safer.”

This raid follows one earlier this week that resulted in the seizure of 7 illegal guns and 24 arrests, police said. The targeted gang faction may be linked to several murders and as many as 30 shootings.

Chicago Police is working with the Bureau of Alcohol, Tobacco, Firearms and Explosives on this investigation.