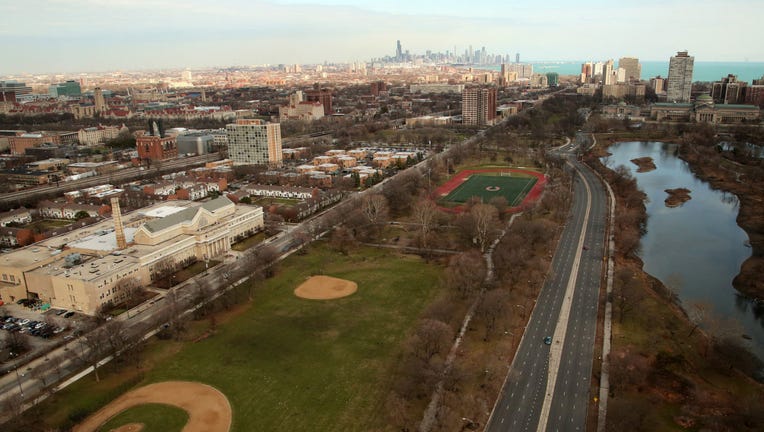 A portion of Jackson Park on Chicago's South Side may be transformed into the Obama Presidential Center. A federal in Chicago is set to decide Tuesday whether to allow a lawsuit to move forward that seeks to stop the project from being built on lakef (Anthony Souffle/Chicago Tribune/Tribune News Service via Getty Images / Getty Images)

CHICAGO - Chicago will require new developments near the planned Obama Presidential Center to include affordable housing and provide other neighborhood protections under an agreement reached between Mayor Lori Lightfoot and activists.

The proposal was introduced Wednesday in the City Council. Calling it a “groundbreaking” ordinance, Lightfoot said she expected it to be approved in September.

The deal follows a lengthy battle between the city and activists who’ve feared that development around the planned $500 million presidential center would displace many Black residents in the city’s Woodlawn neighborhood.

Activists called it a step in the right direction.

“This is one of the most significant and aggressive affordable housing policies won in Chicago’s recent memory,” said a statement from the Obama Community Benefits Agreement Coalition. “As it stands, this ordinance has the potential to stop the displacement of thousands of low income and working class Black residents who live near the future Obama Presidential Center.”

The Obama center is planned for a lakefront park on Chicago’s South Side.