A 24-year-old woman was arrested and faces multiple charges after fleeing from a traffic stop and crashing into another vehicle in Porter County, Indiana.

Nakia Smith, 24, from Chicago, was charged with the following:

A traffic stop was initiated, and the vehicle pulled over near the 31 mile-marker.

The trooper observed that the driver never placed the vehicle in park and kept their foot on the brake, authorities said.

The trooper stood outside of his patrol car, and gave verbal commands for the driver to put the vehicle in park and to lower the window.

The Jeep then accelerated from the traffic stop at a high rate of speed.

The trooper initiated a short pursuit, but then lost sight of the vehicle after a mile.

Another trooper was parked in the turn-a-round at the 29.9 mile-marker.

After hearing that a vehicle had fled, the trooper was attempting to retrieve stop-sticks from his trunk when the suspect vehicle was observed traveling at a high rate of speed along the inside shoulder, authorities said.

As the Jeep approached the parked police car, the driver of the Jeep swerved to the right to avoid the police car. 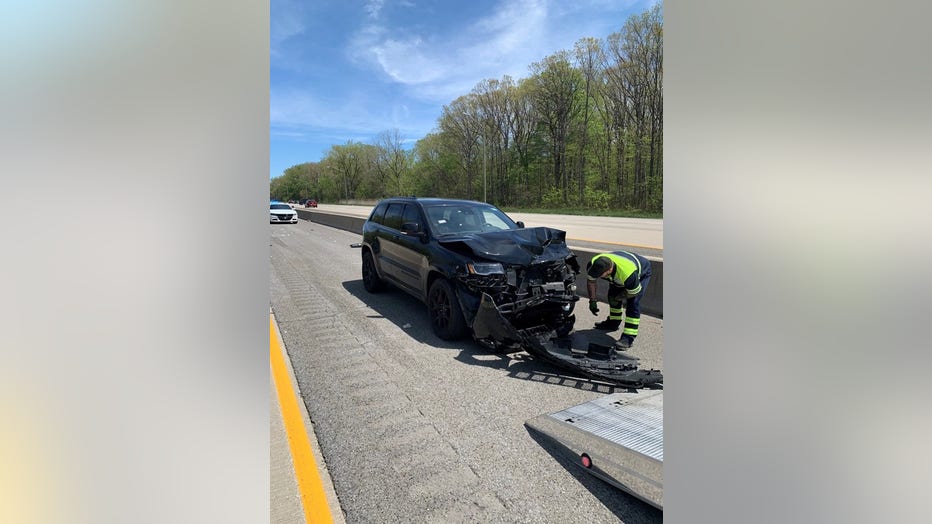 The Jeep then rear-ended a 2019 Kia Optima that was also traveling westbound, police said.

After the initial impact, the driver of the Jeep continued to flee westbound at a reduced rate of speed.

Troopers then caught up to the vehicle and continued to follow the Jeep until it eventually stopped at the 29 mile-marker due to the damage sustained in the initial crash.

Officers then ordered the driver out of the vehicle.

The driver refused to exit the Jeep for several minutes.  Eventually the driver rolled down a window.

After being ordered to exit the vehicle, the driver was then taken into custody without further incident.

A check of the vehicle revealed that it had been reported stolen in Illinois in April 2021.