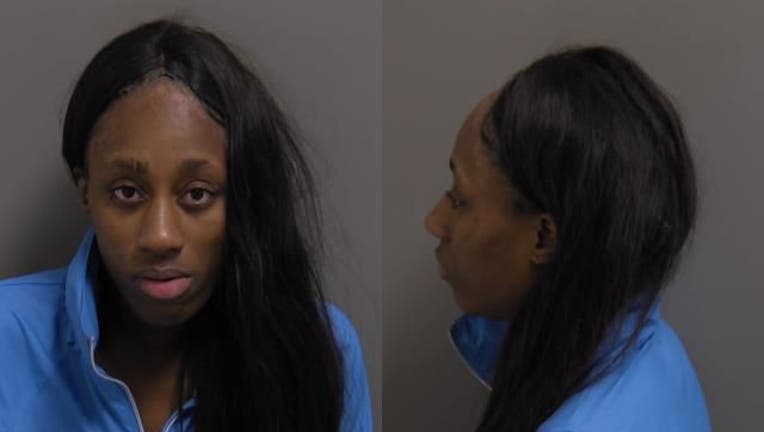 CHICAGO - A Chicago woman who was on electronic monitoring for three different retail thefts in under one month was arrested again in southwest suburban Orland Park, police said.

Rashieda Saunders, 29, has been charged with two felony counts of retail theft, according to Orland Park police.

Police said she and two other women allegedly stole over $9,000 of merchandise from Macy's, located at 1 Orland Square Drive.

Police opened an investigation in early June after authorities said the three women allegedly also stole around $5,000 of merchandise from the Orland Mall store on May 23 and around $4,000 worth of items on June 3.

According to police, the three women filled up two garbage bags of clothing on both dates before fleeing the store.

On July 15, Saunders was arrested again at her home. She is being held without bond.

One of the other offenders was identified as Anasia Stark, who has not yet been located, police said.

On July 13, three warrants for retail theft were issued for Starks, two from the thefts at Macy’s and one from a separate retail theft on June 15 at a Dick’s Sporting Goods Warehouse located at 15852 South La Grange Road in Orland Park.