A woman who was struck by a red light runner while waiting for a bus on Chicago’s Southwest Side has died.

CHICAGO - A woman who was struck by a red light runner while waiting for a bus on Chicago’s Southwest Side has died.

Officials say the 68-year-old was pronounced dead on Monday shortly after 6 p.m. She was struck by the vehicle around 2 p.m.

Charges are pending against the driver who struck her, police said.

Police said a vehicle ran a red light in the 7500 block of St. Lawrence Ave. in the Grand Crossing neighborhood and collided with another vehicle. The red light runner then lost control and struck the woman waiting for the bus.

"I see them on the bus stop all the time," said witness Jacare Thomas.

Thomas, whose building was struck and damaged when the vehicle slammed into it, said people speed through the intersection often. 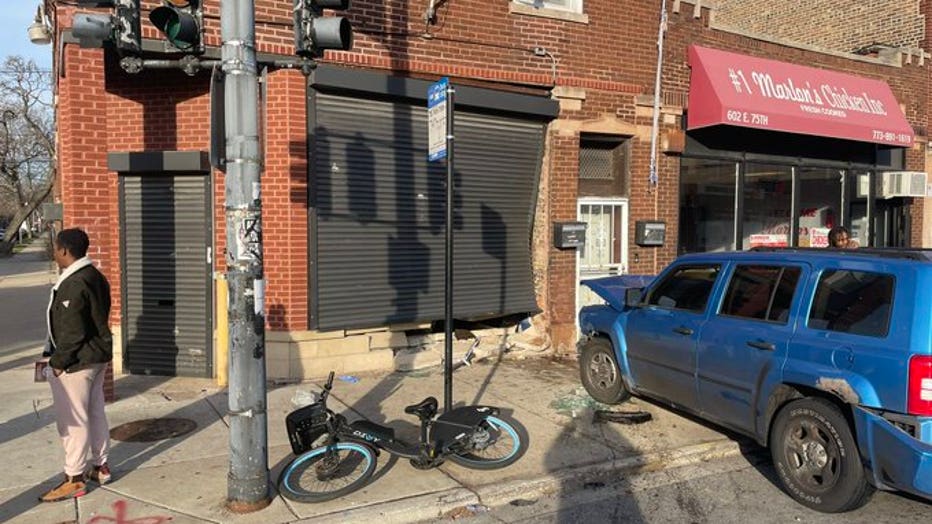 "I wanted to try to get the bus stop moved to the other side of the street just to kind of clear the intersection a little bit and make it more safe," said Thomas.

According to Chicago police, a Ford SUV was traveling northbound on St. Lawrence Ave. and entered the intersection at 75th St. with a green light when it was struck by a Jeep SUV traveling eastbound on 75th St.

"All he had to do was stop. That’s it, just stop, it’s a red light, just stop," said Shiann Fall, whose vehicle was struck.

Fall said the unlawful driver careened toward a nearby bus stop and pinned the pedestrian up against a building. The pedestrian was taken to the University of Chicago Medical Center in critical condition.

"The light was red. The light turned green. I proceeded to go across the light and as I was going, he must have ran the light and smacked my vehicle and then proceeded to bounce off my vehicle and ran into the building across the street over there. There was a man standing there, and he hit the man and the man was actually inside that hole at the bottom that you see, he had pushed him into the hole in the wall," said Fall.

Fall said she and others nearby tried to keep the pedestrian, who she described as an older man, conscious and breathing until an ambulance arrived. The driver of the striking vehicle also stayed on scene.

The building that was struck is badly damaged. 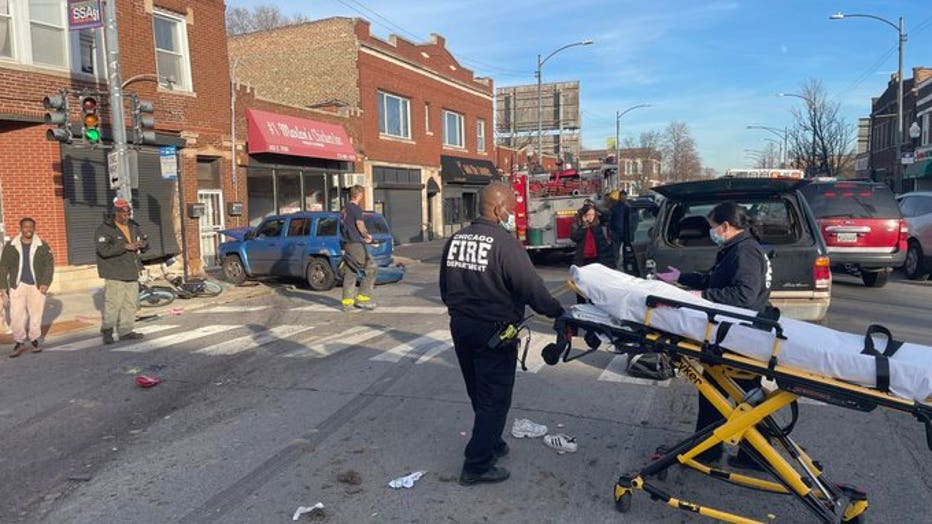 "Please use caution," the Chicago Fire Department tweeted following the accident. "More cars than ever" are running red lights.

Meanwhile, those in the area are pleading with others to slow down to prevent accidents like this one.

"This could have been prevented if we just did the right thing and really watched traffic and know what safety is really about. This is just another form of violence in our community," said Ameena Matthews, Pause for Peace. "I just want people to slow down."