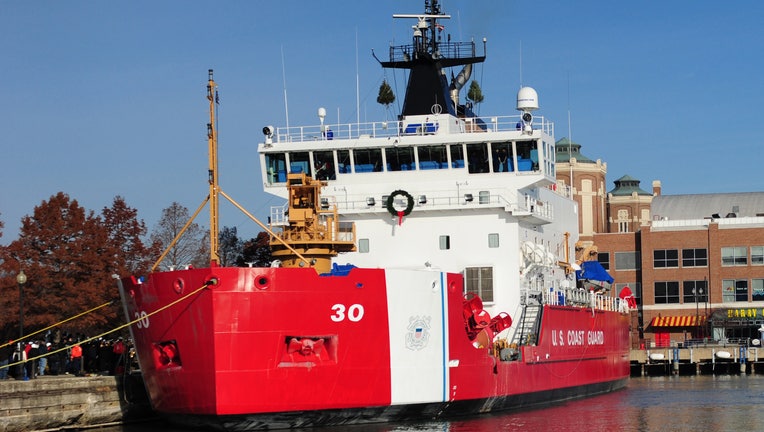 Coast Guard Cutter Mackinaw, serving again this year as Chicago’s Christmas Ship, will return for the 22nd annual city tradition. The 2020 ceremony was closed off to the public due to the ongoing COVID-19 pandemic.

This year, open to all, the tree offloading will start around 8:30 a.m. Following at 10 a.m., the official tree ceremony will begin, featuring dignitaries, including Rear Adm. Michael Johnston, Ninth Coast Guard District Commander, at the Lake Stage at Polk Brothers Park on the southwest wall of Navy Pier, 600 E. Grand Ave.

The event is led by the Chicago’s Christmas Ship Committee and its logistical partnership with the Coast Guard and Ada S. McKinley Community Services.

"We believe that every kid should have a Christmas," said Dave Truitt, founder of the Chicago’s Christmas Ship Committee. "And our story, as most of you know, is about bringing Christmas trees to kids and families who would not otherwise have one."

All are invited to watch the ship - which is the largest coast guard ship on the Great Lakes - as its crew and volunteers off-load the 1,200 pine trees onto trucks.

According to a news release, Chicago’s Christmas Ship Committee procures the trees in Northern Michigan through the support of private donations, and the ship transports them to Chicago while conducting a regularly scheduled mission maintaining buoys on Lake Michigan. Once the trees are unloaded, they are distributed to community nonprofits, coordinated by Ada S. McKinley Community Services. 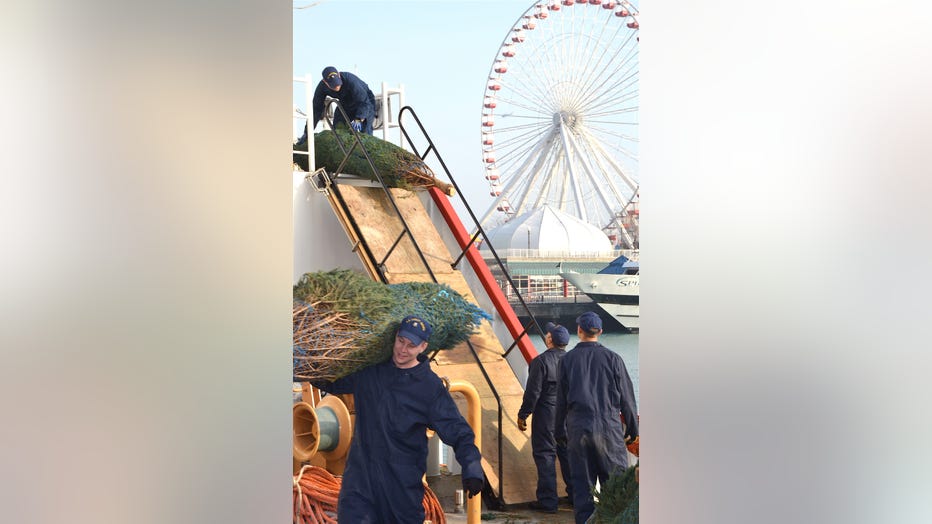 "Christmas trees symbolize the warmth of home. We are happy to join the members of the Chicago’s Christmas Ship Committee, the Coast Guard, and Navy Pier to reinforce the value of family and community," said Jamal Malone, CEO of Ada S. McKinley Community Services. "Our collective efforts represent the love, caring and compassion of many volunteers who want to bring the spirit of joy into thousands of homes this holiday season."

More than 25,000 trees have been distributed through volunteer efforts at no charge to families across the city, for over two decades.

According to the release, as an important part of Chicago’s maritime heritage, this event honors the crew of the schooner Rouse Simmons, the original Chicago Christmas Ship, lost with all hands during a gale Nov. 23, 1912 while transporting 5,000 trees to Chicago.

The release states that the reenactment of Chicago’s Christmas Ship is now a beloved holiday-season event, thanks to the continued efforts of additional partners, including the International Shipmasters’ Association, Chicago Marine Heritage Society, Chicago’s Navy Pier, the Navy League of the United States, Chicago Yacht Clubs, Friends of the Marine Community, and the Chicago Yachting Association.