While the craft beer movement is booming all across Chicago, one group has been left behind. There are only four Black-owned breweries in the Chicago area.

CHICAGO - While the craft beer movement is booming all across Chicago, one group has been left behind. There are only four Black-owned breweries in the Chicago area.

Now, during Black History Month, those African American brewers are banding together to try to grow their share of the beer business.

Sam Ross and Jay Westbrook are at Haymarket Pub & Brewery in the West Loop for a final check on a very special collaboration. 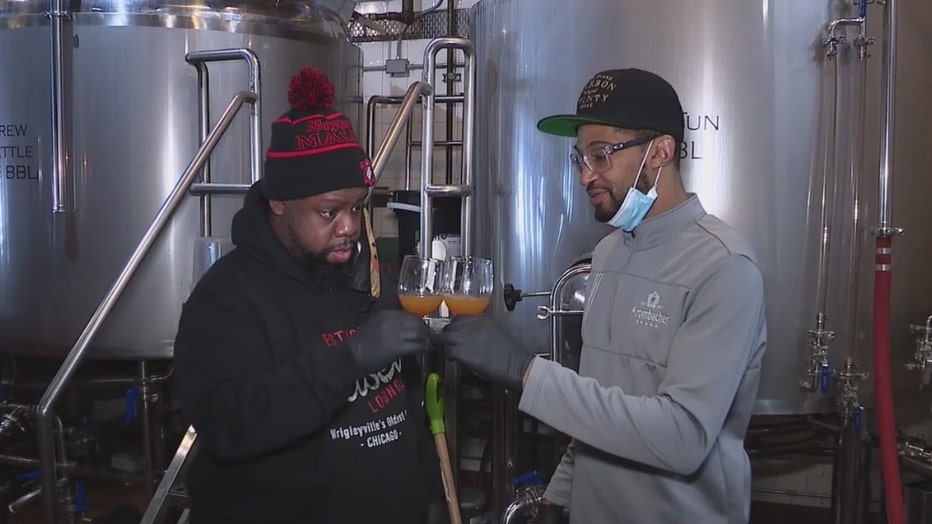 But it isn’t easy. Of the 8500 craft breweries nationwide, fewer than 1% are owned by African-Americans.

Here in Chicago, there are just four Black-owned breweries: Turner Haus Brewery, Funkytown Brewery, Moor’s Brewing Company, and Black Horizon Brewing in Willowbrook – the only one with a permanent location.

So during Black History Month, Haymarket is hosting a residency for the Black Chicago brewers and others in the industry. The goal is to collaborate, educate, celebrate and most importantly – brew together.

"I think the biggest thing is lack of access to capital," said Westbrook. "And a hesitance to jump into an industry that does not look like them."

"I think this beer shows people that we are here," said Ross. "We are in Chicago. We are looking for the opportunity to make great beer and serve the people."

And like many parts of Chicago that are considered food deserts, there are also craft beer deserts.

"Absolutely. Austin and South Shore and Grand Crossing, all of these places have craft beer drinkers as well and they should be represented in the community," said Ross.

Haymarket says it is hosting the residency because ultimately good beer is good community.

"Craft beer is for everyone, and it should be. It needs to reflect that," said Haymarket’s Michael Gemma.

The Chicago Uncommon beer will go on tap at 3 p.m. Sunday at Haymarket and all the Black brewers who took part will be there to celebrate.