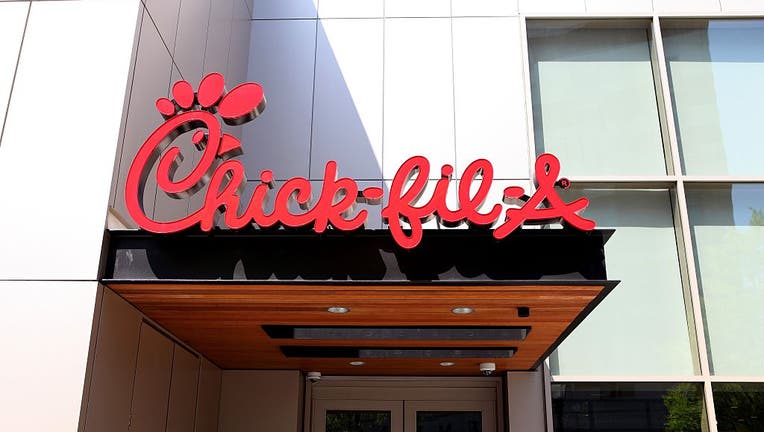 This pooch is becoming a television star.

Now, she’s starring in a national commercial for the fast food chain.

The Chick-fil-A at Carraway Village -- where Ellie’s food delivery first went viral -- posted on Facebook about the commercial on Thursday.

“Only at CFA Carraway Village would a sweet dog and yummy nuggets lead to a viral video and a NATIONAL commercial,” the post said. “We love how fun, quirky and special our restaurant is.”

Aside from Ellie, the 30-second commercial also shows her owner, Nick Booras, and Gabriel Baker, the director of marketing at the Carraway Village Chick-fil-A -- on socially distant halves of a red couch.

“Ellie just gets excited and bolts right towards ‘em,” Booras said in the commercial.

Even though Ellie isn’t a typical customer, Booras said Chick-fil-A employees immediately knew what to do.

“We never even had to ask them to hand her the bag,” he said in the clip. “The team members just automatically knew to do it. It was just that little thing, that level of customer service that kind of blew my mind.”

‘We’re just really glad that Nick shared Ellie with us,” Baker said, adding later: “We take care of our guests, whether they’re two-legged or four-legged.”

In August, Baker took a video of Ellie picking up Booras’s food one day in the Chick-fil-A parking lot.

The adorable video quickly went viral with tens of thousands of shares and comments within a few days.

FOR UPDATES TO THIS STORY, GO TO FOXNEWS.COM.