Authorities are investigating after someone damaged Black Lives Matter signs and set fire to a church sign Monday in west suburban Wheaton.

Police were called about 6 a.m. after a dog walker spotted the damage outside Hope Presbyterian Church, 1771 S. Wiesbrook Road, according to a statement from Wheaton police. One sign had burn damage and was still smoldering when it was found.

The church’s pastor, Rev. Jay Moses, posted about the damage on Facebook Monday morning, stating that “our new and re-painted signs talking about Black worth and dignity, along with [Jacob] Blake’s name, were torn up and torn down.”

Pastor Moses says two of the signs were damaged within 12  hours of going up.

“I do believe that systemic racism exists, and so I’m not unaware of that, but having that kind of ferocity, that kind of savageness in Wheaton, I think is shocking,” said Pastor Jay Moses of Hope Presbyterian Church.

The vandalism sparking outrage in the community and prompting a vigil focused on unity.

“I think of churches and schools and civic institutions as mirrors to how are communities are doing and this church’s mirrors just got busted down,” said Pastor Moses.

Andrew Adams is a member of Bethel New Life Church, which is primarily an African-American congregation and shares the building with Hope Presbyterian Church.

“We are all a community, black, white, rich, poor,” said Adams.

Photos posted by Moses showed a sign that includes the church’s name and a rainbow flag with burn damage, along with several broken signs on the church lawn. 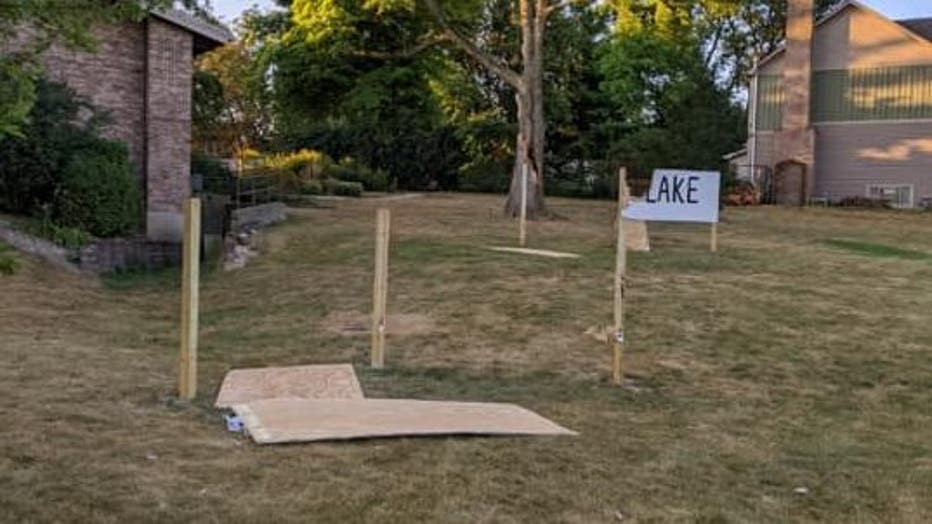 “I share this with you because it is the task of witness,” Moses wrote in the Facebook post. “How do I feel? I feel violated. I feel invisible. As I walked through the signs destroyed by force on our lawn, I saw the normal events of a Wheaton morning going on around me; not one person stopped to ask me what had happened or if I was all right.”

The church previously reported the theft of a Black Lives Matter sign on Aug. 26, police said. Both incidents remain under investigation.

“Damage to the property of a religious institution is a serious felony crime and will not be tolerated” Wheaton Police Deputy Chief P.J. Youker said in the statement. “Anyone participating in these crimes will be prosecuted to the fullest extent of the law.”