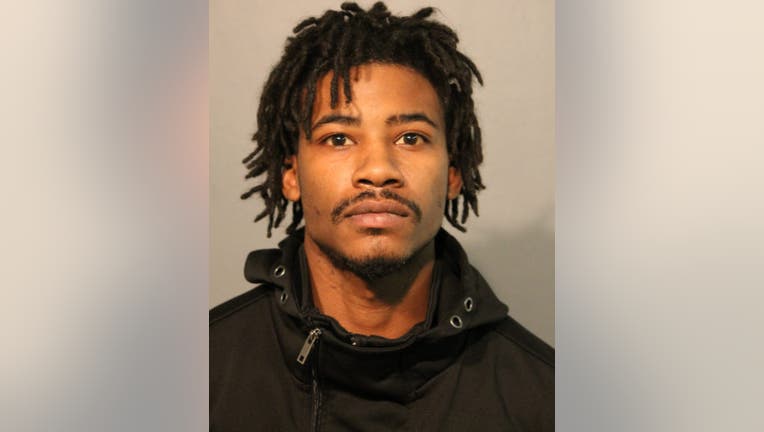 CHICAGO - A Northwest Side man has been charged with shooting a Chicago firefighter who was responding to a car fire last weekend in the Albany Park neighborhood.

Hollis Williams, 29, faces felony counts of unlawful use of a weapon by a felon, aggravated battery of a firefighter and a police officer, in addition to multiple traffic violations, Chicago police announced Saturday morning.

The 36-year-old firefighter was working to extinguish a fire about 1 a.m. Feb. 2 in the 3300 block of West Wilson Avenue when he heard shots and took cover, Chicago fire officials said.

He was shot in the leg and stabilized at Illinois Masonic Medical Center, authorities said. The firefighter was an unintended target caught in the crossfire, fire officials said.

Williams was arrested late Thursday in the 2800 block of West Irving Park Road, after being identified as the alleged shooter. Police said an undercover operation led to the arrest.

The wounded firefighter has since been released from the hospital and is in “good spirits,” Chicago Fire Department commissioner Richard C. Ford II said.

Williams was convicted of drug possession in May 2016 and sentenced to 15 months in state prison, according to Cook County court records. He also faced weapons charges in 2013, but was found not guilty in a bench trial.

After the shooting, Chicago police spokesman Anthony Guglielmi said three illegal weapons were found in an apartment near the scene.

“We have other suspects that we are looking for, but we have arrested one shooter, so that’s a tremendous testimony to the work of the men and women of CPD,” interim Chicago Police Department superintendent Charlie Beck said.

Williams is scheduled to appear in bond court Saturday.