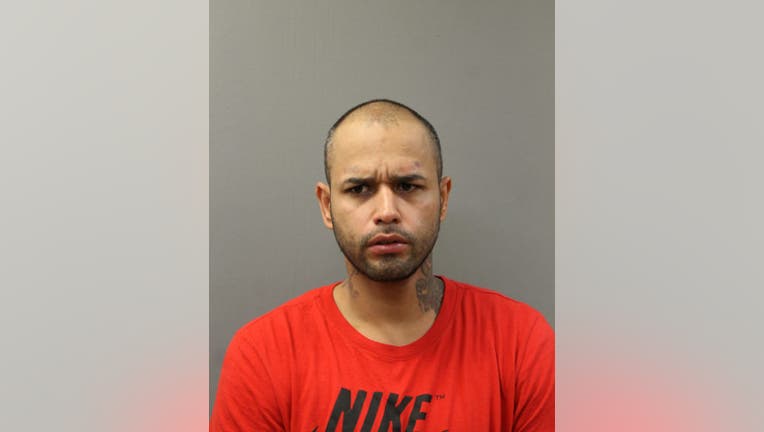 CHICAGO - A convicted felon faces murder charges after the victim was caught in a gun battle between the felon and another man last week in the Austin neighborhood.

Kenny Winters was killed Friday after he walked toward two men who were fighting in the parking lot of a liquor store in the 1600 block of North Cicero Avenue, the Chicago Sun-Times is reporting.

It’s unclear whether Winters was looking to diffuse the confrontation or merely observe it. But the verbal argument between Jason Bergollo and his rival escalated when the rival started to push Bergollo, 35, Cook County prosecutors said Monday.

Surveillance video shows Bergollo walking away with a gun in his hand before he allegedly started shooting at the man he was arguing with. The man who Bergollo was targeting took cover behind a parked vehicle. That uncharged man then returned fire, striking Winters in the right back and leg, prosecutors said.

Winters, 42, was later taken to Stroger Hospital where he was pronounced dead.

Bergollo was ordered held without bail.

He is expected back in court Mar. 2.