LEYDEN TOWNSHIP, Ill. - A Cook County woman is accused of suffocating her newborn child and burying him in the backyard of her family's home.

Sometime between Oct. 31, 2020 and Nov. 30, 2020, the Cook County Sheriff’s Office says Alvory Chavez Ramos, who is from suburban Franklin Park, gave birth to a baby boy in the bathtub of her family’s home in suburban Leyden Township.

When the baby began to cry, the sheriff’s office says, Chavez Ramos allegedly placed her hand over the child’s nose and mouth so that her family members would not discover the child.

Once the child stopped moving, Chavez Ramos allegedly placed the boy in a plastic bag and buried him in the backyard of the family’s home. 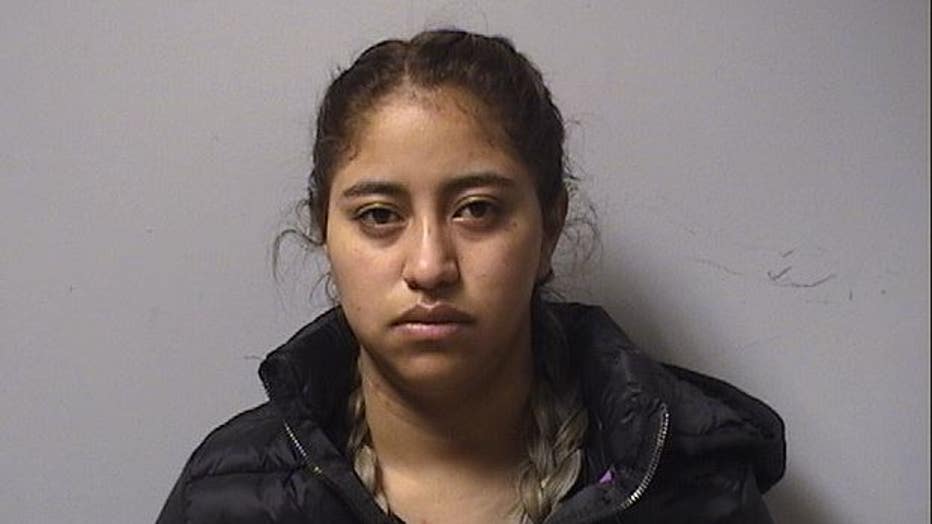 After the remains were discovered in May 2021, Cook County Sheriff’s police launched a death investigation and learned from an autopsy that the manner of death was homicide by asphyxia.

According to sheriff’s police, DNA testing confirmed 23-year-old Chavez Ramos was the biological mother of the child and she was arrested Saturday, Oct. 23, 2021.

Chavez Ramos allegedly told police she hid her pregnancy because she did not want her family to be angry with her.

She appeared in bond court on Monday in Maywood where she was ordered held on $950,000 bond.