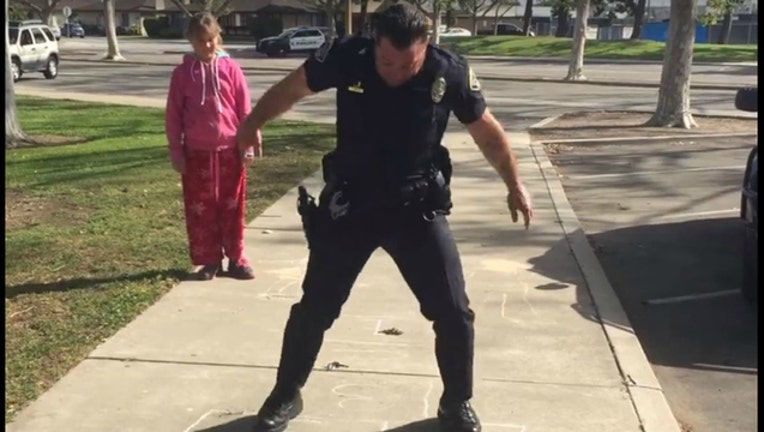 HUNTINGTON BEACH, Calif. - This morning an officer checked on a suspicious occupied vehicle in the area of Graham and Edinger. During his investigation he learned the people in the vehicle were a mother and her 11 year old daughter and they had been living out of their car. The officer contacted our Homeless Task Force to help arrange housing. As the officer worked on housing arrangements with the mother, another officer on scene, Officer Pricer, began displaying his expertise in hopscotch to the daughter. #Copslovehopscotch