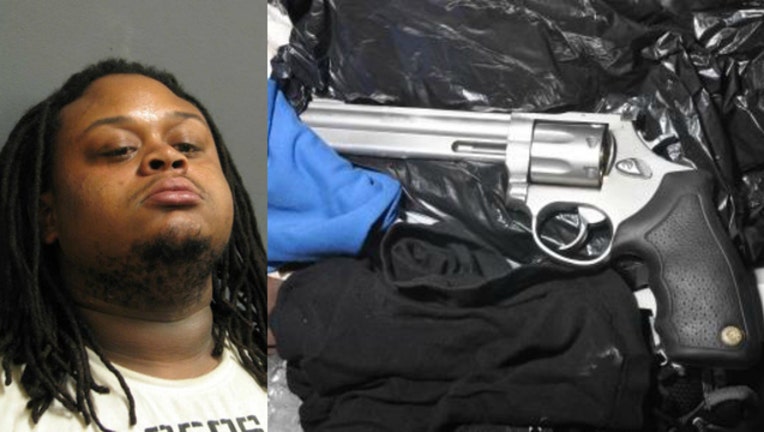 SUN-TIMES MEDIA WIRE - A man was charged with DUI after officers found him asleep in a vehicle on Tuesday in north suburban Evanston, police said.

At 6:30 a.m., officers woke up 25-year-old Marcus James after he had fallen asleep in the driver’s seat in the 1800 block of Chicago Avenue in the southbound lane, according to Evanston police.

The officers noticed that he was intoxicated and arrested him on suspicion of DUI, police said. After searching his vehicle, they found a clear plastic bag with 8 grams of crack cocaine. Police also found a loaded .357 caliber revolver in the trunk.

James, of the 400 block of Paxton in Calumet City, was charged with one felony count of unlawful use of a weapon by a felon, one felony count of possession of a controlled substance with intent to deliver and two misdemeanor counts of driving under the influence of alcohol.