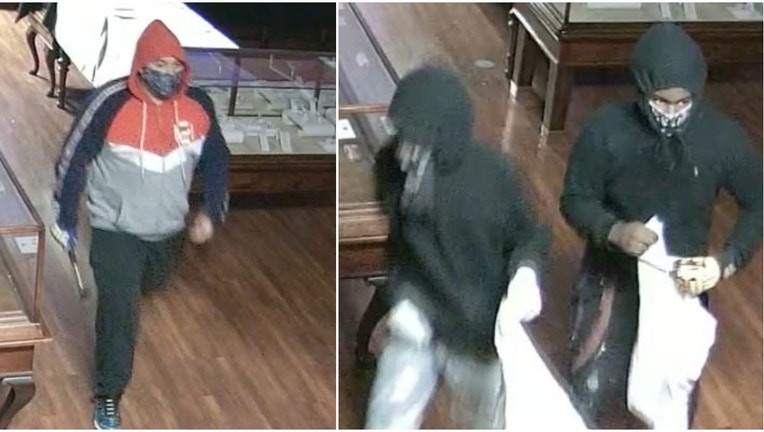 Several display cases were smashed with jewelry removed, police said. The value of the stolen items is unknown.

Surveillance video shows three suspects, police said. One is a man 20 to 28-years-old standing 5-foot-8. He’s about 180 pounds and was wearing black pants and a dark blue hoodie. The second and third suspects are males about 5-foot-6 to 5-foot-8 with thin builds.