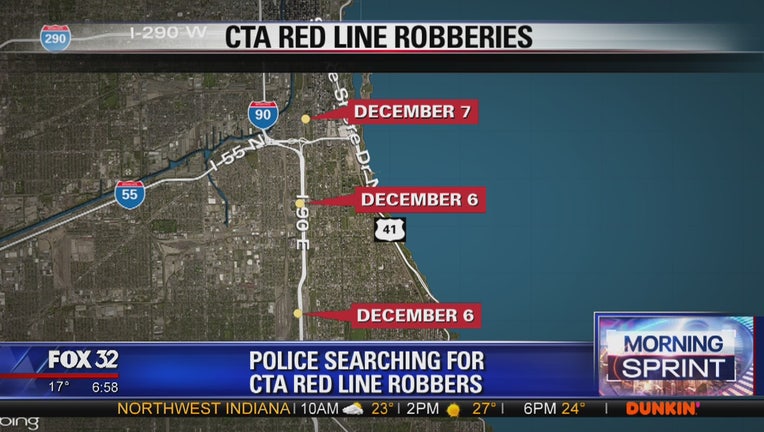 CHICAGO - Chicago police are warning residents of a string of robberies committed against CTA Red Line passengers in December in Near South Side neighborhoods.

In each incident, the robbers approached Red Line passengers and demanded their property or took it by force, according to a community alert from Chicago police.

Anyone with information is asked to contact Area Central detectives at 312-747-8382.