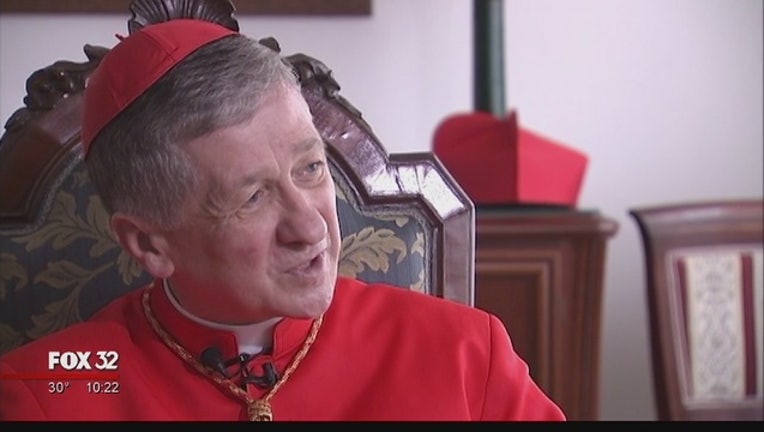 Chicago Cardinal Blase Cupich is taking the Trump administration and its supporters to task over the ban on travelers from Muslim-majority countries, calling it "disastrous" and "contrary to both Catholic and American values."

Here is his full statement, which was shared at Chicago-area parishes on Sunday:

This weekend proved to be a dark moment in U.S. history. The executive order to turn away refugees and to close our nation to those, particularly Muslims, fleeing violence, oppression and persecution is contrary to both Catholic and American values.  Have we not repeated the disastrous decisions of those in the past who turned away other people fleeing violence, leaving certain ethnicities and religions marginalized and excluded? We Catholics know that history well, for, like others, we have been on the other side of such decisions.

These actions impose a sweeping and immediate halt on migrants and refugees from several countries, people who are suffering, fleeing for their lives. Their design and implementation have been rushed, chaotic, cruel and oblivious to the realities that will produce enduring security for the United States. They have left people holding valid visas and other proper documents detained in our airports, sent back to the places some were fleeing or not allowed to board planes headed here. Only at the eleventh hour did a federal judge intervene to suspend this unjust action.

We are told this is not the "Muslim ban" that had been proposed during the presidential campaign, but these actions focus on Muslim-majority countries. They make an exception for Christians and non-Muslim minorities, but not for Muslims refugees fleeing for their lives. Ironically, this ban does not include the home country of 15 of the 19 September 11 hijackers. Yet, people from Iraq, even those who assisted our military in a destructive war, are excluded.

The United States has a long history of welcoming refugees who are fleeing for their lives and Catholic organizations have helped to resettle many families, men, women, and children, from around the globe. Many of our priests, religious and laypeople have accompanied newcomers precisely to assist them in this process. Because of our history of aiding in refugee and migrant settlement for decades, we know the very lengthy and thorough vetting process they must face before they are admitted to our country. We have seen initial fear turn into a generous willingness of local communities to accept and integrate refugees. Here in Chicago generations of migrants have found a new home. We are better for it.

The world is watching as we abandon our commitments to American values. These actions give aid and comfort to those who would destroy our way of life. They lower our estimation in the eyes of the many peoples who want to know America as a defender of human rights and religious liberty, not a nation that targets religious populations and then shuts its doors on them.

It is time to put aside fear and join together to recover who we are and what we represent to a world badly in need of hope and solidarity. "If we want security, let us give security; if we want life, let us give life; if we want opportunities, let us provide opportunities." Pope Francis issued these challenging words to Congress in 2015, and followed with a warning that should haunt us as we come to terms with the events of the weekend: "The yardstick we use for others will be the yardstick which time will use for us."