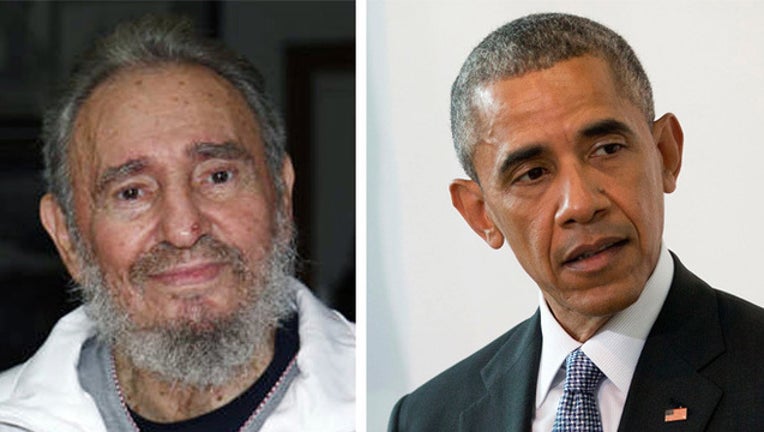 Just days after President Barack Obama concluded his historic three-day visit to Cuba, former leader Fidel Castro published an op-ed piece attacking the U.S. president. In a 1,500-word bristling column published in the Communist government’s official newspaper on Monday, Castro, 89, recounts the history of U.S. aggression against Cuba. Referring to Obama, he wrote: "My modest suggestion is that he reflects and doesn't try to develop theories about Cuban politics."

Obama did not meet with Fidel Castro but met several times with his brother Raul Castro, the current president. Obama's visit was intended to build irreversible momentum behind his opening with Cuba and to convince the Cuban people and the Cuban government that a half-century of U.S. attempts to overthrow the Communist government had ended. But in his column, titled "My Brother Obama," the older Castro all but mocks the U.S. president's efforts. He goes over crucial sections of Obama's speech line by line, engaging in an ex-post-facto dialogue with the American president with pointed critiques of perceived slights and insults, including Obama's failure to give credit to indigenous Cubans and Castro's prohibition of racial segregation after coming to power in 1959.

“Obama delivered a speech in which he used the most honeyed words to say: ‘It's high time to forget the past, let’s leave the past behind, look to the future, let's look at it together, a future of hope. And it will not be easy, there will be challenges, and to those we will give time; but my stay here gives me further hope of what we can do together as friends, as family, as neighbors, together,’” Castro wrote in Granma, the government’s newspaper.

“We were supposed to risk a heart attack upon hearing these words of the President of the United States. After a merciless blockade that has lasted almost 60 years? And those who have died in the mercenary attacks on Cuban ships and ports, an airliner full of passengers detonated in midair, mercenary invasions, multiple acts of violence and force?’ Castro wrote. He added: “Nobody should be under the illusion that the people from this noble and selfless country will renounce to the glory and the rights, and to the spiritual wealth it has earned with the development of education, science and culture.”

He ends with a dig at the Obama administration's drive to increase business ties with Cuba: “I warn you that we are capable of producing the food and material wealth we need with the effort and intelligence of our people. We do not need the empire to give us nothing. Our efforts will be legal and peaceful, because it is our commitment to peace and brotherhood of all human beings living on this planet.”