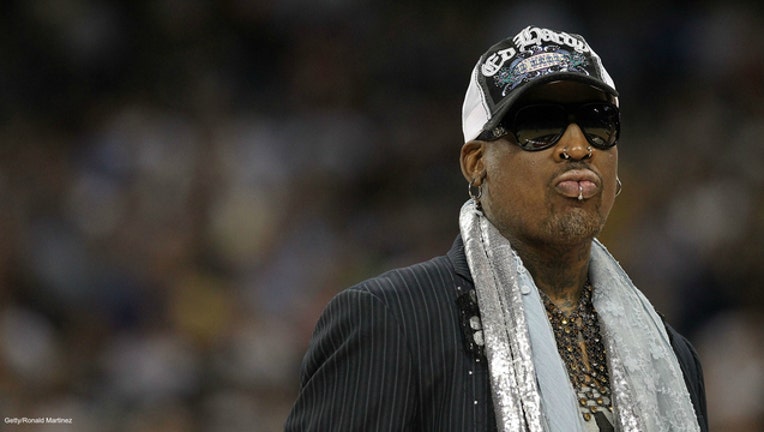 Lt. Rachel Johnson of the Newport Beach Police Department says Rodman was pulled over late Saturday for a traffic violation.

Johnson says officers administered a field sobriety test, which Rodman failed. She says he submitted to a Breathalyzer test and blew over the .08 legal limit.

Rodman was released from custody Sunday morning. Johnson didn't immediately know if he had an attorney.

TMZ reported that a representative for Rodman said: "Alcoholism has been a struggle on and off for Dennis the past 15 years," adding he's been going through some "tough personal issues."