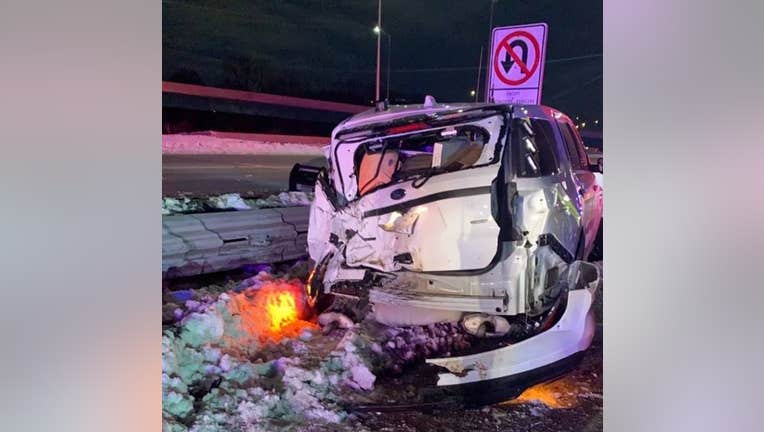 ROSEMONT, Ill. - A 43-year-old Des Plaines man has been charged in connection with a DUI crash on Interstate 90 that injured an Illinois State trooper Tuesday near suburban Rosemont.

Mariusz Habczyk, 43, of Des Plaines, has been charged with driving under the influence, driving an uninsured vehicle, improper lane usage and violating the Move Over law, according to Illinois State police.

About 10:30 p.m. a state trooper was parked in a turnaround area on the left shoulder on the northbound lanes of I-90 near River Road, with his emergency lights activated, when a gray Audi rear-ended the trooper’s car, Illinois State police said. The impact of the crash caused the Audi to roll over onto its roof.

Both passengers of the Audi and the trooper were temporarily trapped in their vehicles, state police said. The trooper and Habczyk were taken to the hospital with non-life threatening injuries.