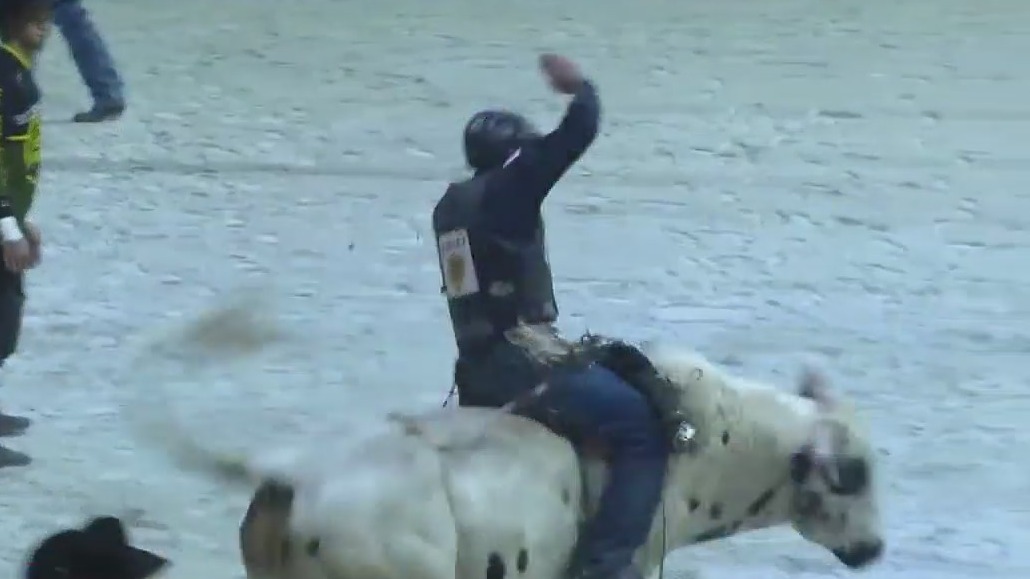 Rosemont is getting wild this weekend! 'Unleash the Beast' is coming to the Allstate Arena Friday night and Saturday, featuring the world's top 30 bull riders.

Rosemont is getting wild this weekend! 'Unleash the Beast' is coming to the Allstate Arena Friday night and Saturday, featuring the world's top 30 bull riders.

An 18-year-old Cook County man and two male juveniles have been arrested for a gang-related shooting Thursday night in suburban Des Plaines.

A Rosemont man was charged with threatening a police officer outside a bar on Christmas Eve in Villa Park.

A suburban Chicago man has been sentenced to 25 years in federal prison for taking dozens of sexually explicit photographs of a three-year-old child.

Black Friday shopping was in full effect in Rosemont, as there was a long line outside Tory Burch.

This weekend at the Rosemont Theatre "Sesame Street Live! Make Your Magic" brings your favorite characters to life for an immersive show.

A team of warriors is cycling throughout Chicago and the suburbs over the next few days. They are riding 61 miles, waging a war against PTSD.

WWE Superstar Mustafa Ali previews "Hell in a Cell," which comes to Allstate Arena this weekend in Rosemont.

FOX 32's Tim McGill takes a trip over to Impact Field to hang out with the Chicago Dogs' mascot Ketchup and check out new offerings from Chicago's independent league baseball team.

One person was killed and 11 others were injured in a multi-vehicle crash on I-294 that shut down southbound traffic Tuesday morning near Rosemont.

A multi-vehicle crash on I-294 shut down traffic for miles Monday near Rosemont.

At least one person was critically injured in a multi-vehicle crash on I-294 that shut down southbound traffic Tuesday morning near Rosemont.

Christopher Peterson amended his original statement and said his wife took the state-owned vehicle without his knowledge and struck a median. After being presented with additional evidence, Peterson admitted to taking the vehicle and striking the median, then submitting false documents to cover up the incident.

Gilbert Gottfried performed at Zanies comedy club in Chicago and Rosemont hundreds of times. He'll be remembered for his quick wit and say anything routine.

On the stage, on the big screen and in cartoons — Gilbert Gottfried did it all. He died after a long battle with heart disease at the age of 67.

A man was shot dead at the Fashion Outlets of Chicago in Rosemont last week after he flashed gang signs and showed a handgun to witnesses who were at the mall with the accused shooter, prosecutors said.

An 18-year-old man has been charged in the fatal shooting at the Fashion Outlets of Chicago Mall in Rosemont, police said.