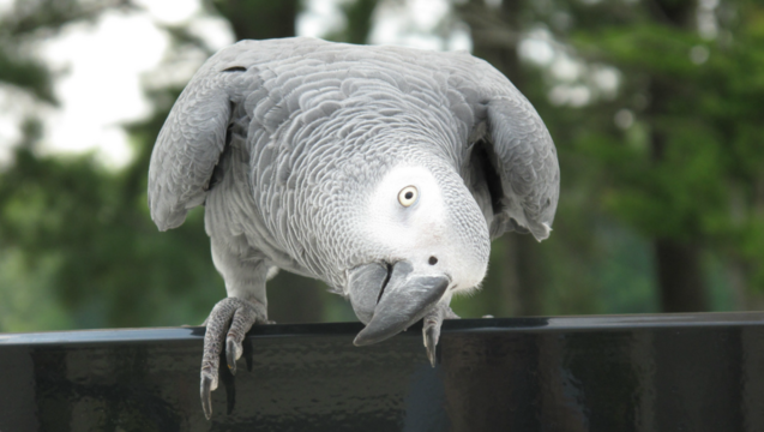 FOX NEWS - A Michigan man’s wife is now a suspect in his May 2015 murder, newly obtained police reports show, and a winged witness may have heard the dead man’s final plea.

An African grey parrot might’ve overheard Martin Durham as he pleaded with his shooter before the killer pumped five bullets into Durham’s body. The bird, Bud, was heard saying “Don’t f------ shoot” in a video taken shortly after Durham’s death, WOOD reported.

“That bird picks up everything and anything, and it’s got the filthiest mouth around,” Duram’s mom, Lillian Duram, told WOOD.

It’s unclear if police have seen this video, or if the bird’s utterance is even admissible as evidence. Police reports reviewed by WOOD list Durham’s wife, Glenna Durham, as a suspect in his death. She was found with a gunshot wound to the head, lying next to Martin. Glenna eventually recovered from her injuries and denies killing Martin.